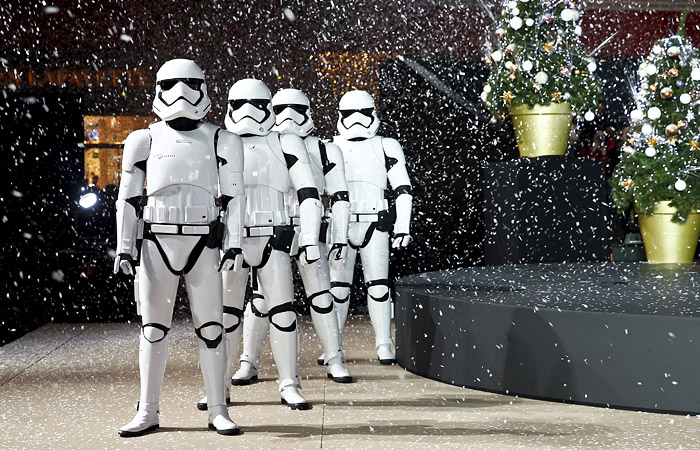 Moscow. December 14. The new “Star wars: the Force Awakening” can earn more than $9 billion a year after the release, according to Bloomberg.

According to analysts Nomura Securities, only the sale of movie tickets will bring a new part of the space Saga to $2.4 billion Hundreds of millions of dollars she will receive on DVD and download movie and games on the Internet. Another $2 billion film can earn on the merchandise, from coffee mugs to Christmas sweaters with Chewbacca.

Thus, the income from the film could reach $9.6 billion, making it one of the most profitable in history.

At the same time, as it was written before The Wall Street Journal, “Star wars: the Awakening force” has all chances to become the release with the highest charges in the history of cinema. It was also reported that the film set a record for pre-sale tickets.

The action of the seventh episode of the Saga takes place 30 years after “return of the Jedi”. In the shootings took part played Han Solo Harrison Ford. The film was directed by J. J. Abrams.

The picture leaves in the Russian hire on December 17.