MOSCOW, December 14. The European Union has not given the Russian Federation an official response explaining the refusal to grant financial guarantees for the payment of the Ukrainian debt of Russia, has informed on Monday on air of TV channel “Russia-1”, Russia’s permanent representative to the EU Vladimir Chizhov.

“Still does not explain, because, strictly speaking, a formal response to our appeal from the European Union has not yet been received. The term, as you know, is December 20. So while they have”, – the diplomat said. 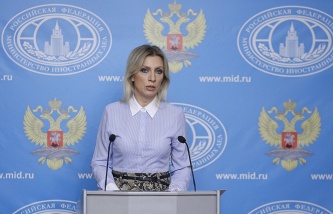 Zakharova: the proposal to write off part of the debt of Kyiv on the background of continuing sanctions that sounds like fun

He noted that in the agenda of the EU summit, which will take place 17-18 December, included the topic “Russia and Ukraine”.

Earlier the President of Russia Vladimir Putin declared about the readiness to restructure the debt of Ukraine at $3 billion if the U.S., the EU or large international financial institution will give Russia the guarantees. However, assurances had been received. 8 December, the IMF Executive Board lifted the ban on lending to countries with overdue sovereign debt. The decision, in particular, means that the IMF will continue implementing its anti-crisis program for Ukraine, even if Ukraine delays the payments for the debts to Russia.

December 20, Ukraine must repay the loan to the Russian Federation. If it do not, within 10 days after the onset of this period, Russia will go to court.