The enterprise Russian military-industrial complex in 2014 increased its sales by almost 50%, analysts estimated the Stockholm international Institute of peace studies. 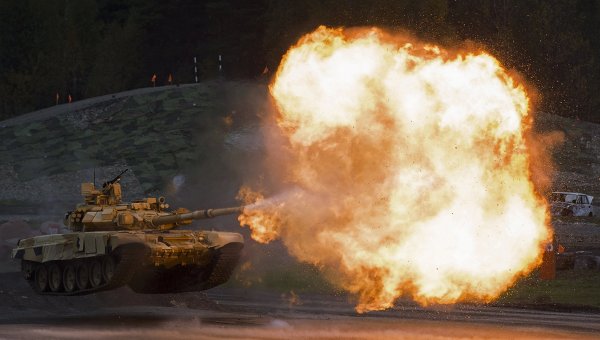 The report, an official publication which is expected on Monday, leading German newspaper Handelsblatt in the article “Russian arms – sellers” with reference to the Agency dpa.

In the ranking of the hundred largest defense companies in the world 2014, which amounted to SIPRI experts, are 11 companies from Russia – three more than the year before.

Sales of Russian defense industry in 2014 increased by 48.4% and amounted to 10.2% of world market. “Russian companies have appeared on the wave of growth of exports and national defense spending”, — said the employee of the Institute Simon Wiseman.

In General, according to analysts, the volume of trade transactions concluded by the hundred leading defense companies in 2014 decreased by 1.5% to $401 billion Corporations in the U.S., Canada and Western Europe reduced sales, while in other regions of the world this figure increased. However SIPRI analysts say that due to the lack of data in the rating was not included Chinese companies.

A list of the hundred largest suppliers of arms in 2014, led the American corporations Lockheed Martin (sales of $37,5 billion) and Boeing ($28.3 billion), in third place the British group EADS ($14.5 billion).