MOSCOW, December 14. The crisis in Ukraine is a manifestation of problems that have accumulated in the last 20 years in Europe. 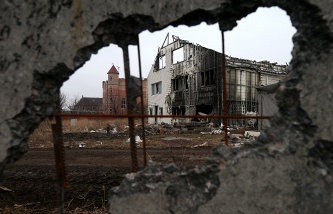 This was stated by Minister of foreign Affairs of the Russian Federation Sergey Lavrov at the meeting with participants of the programme “Dialogue for the future” Fund for public diplomacy support them.And.M. Gorchakov.

“Europe is not free of crisis phenomena, in particular, is, of course, the Ukrainian crisis,” – said the Minister. He stressed that “there is a clear road map moving forward – it’s the Minsk agreement of 12 February”.

“They need to be implemented in full and in strict accordance with the sequence of steps, which was approved in Minsk in February this year”, – said Lavrov.

“Of course, the Ukrainian crisis is a manifestation of the problems that have accumulated in the last 20 years in Europe, first of all, European security as a whole”, – said the Minister.