The Federal service for intellectual property begin to dismantle disputes with the help of videoconferencing, according to Rospatent. Previously, to represent its position, it was necessary to personally attend the meetings of the chamber. 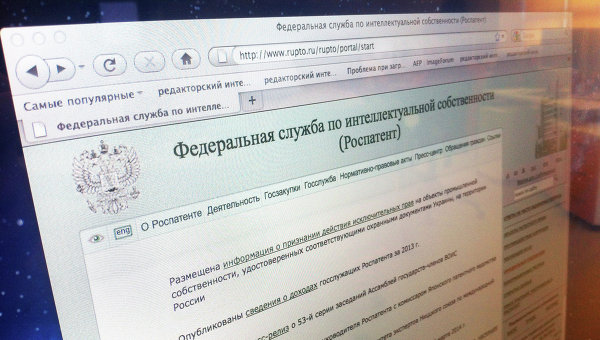 MOSCOW, Dec 14. The chamber for patent disputes of the Federal service for intellectual property (Rospatent) of the Russian Federation of 15 January 2016 will provide the possibility of remote review of applications and objections residents of the regions, said on Monday the office.

“On January 15, 2016 for consideration of cases no longer need to go to Moscow: Federal service on intellectual property will begin to disassemble disputes with the help of videoconferencing”, — stated in the message.

Previously, to represent its position, it was necessary to personally attend the meetings of the chamber, which led to the discontent of a small regional companies, small businesses, for which additional costs in the form of travel expenses, hotel and other expenses sometimes amounted to very considerable sums of money, according to the Agency.

Head of the Department Grigory Ivliev noted that in 2016 it is planned to make the services of Rospatent many times more accessible for ordinary inventors, small businesses from the regions and other applicants. At the same time to participate in the process, you can connect up to 20 remote points, which makes possible the participation in the process by representatives of different cities or regions of Russia.

It has also been argued that the system of remote dispute consideration in the house simple and easy to use, requires no special knowledge or complicated equipment, and allows you to keep a record of the meeting. In addition, the system software generates a unique web link for each meeting.

“We need to ensure greater availability of the state services rendered by Rospatent. And a new office for the practice of remote dispute consideration in the chamber of patent disputes under Rospatent is one of many steps on this direction” — are words in the message Ivlieva.