ST. PETERSBURG, December 14. The President of Russia Vladimir Putin considers the common task of combating the use of modern communication opportunities to manipulate society. 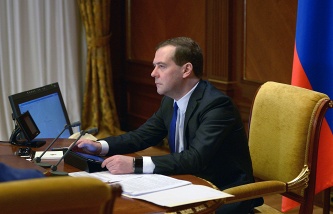 “Today the world community faces serious challenges and threats – terrorism, growth of intolerance, xenophobia, and social issues. Special attention should be paid to the field of communications and information exchange”, – said the head of state at the meeting of the IV St. Petersburg international cultural forum.

According to him, “e-technology is not only man has opened unprecedented opportunities for communication, access to knowledge, but, unfortunately, they are used as a tool of manipulation, the negative impact on minds and souls.” “To confront these destructive processes is our common goal”, – said the Russian leader.

Vladimir Putin also urged the international community to join efforts in the fight against illegal trafficking of cultural property, money from which go to Fund terrorism. 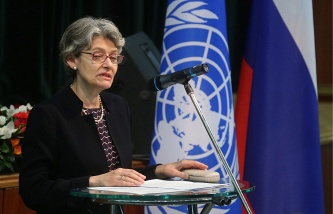 Bokova: UNESCO intends to stem the illicit movement of cultural property in Syria

“We know that the proceeds from this criminal business, as well as from the sale of drugs and stolen oil, are directed including to terrorists and extremist activities”, – said the head of state.

“We hope that the world community will be able to work together to stop these channels of funding the bandits,” he said.

Putin noted that Russia’s position on conservation and the protection of the world cultural heritage is well known, “especially in conflict zones, where today barbarously misappropriated and destroyed unique monuments of history.”

“We appreciate the great contribution of UNESCO to the implementation of the Russia-initiated resolution of the UN Security Council, where was enshrined a ban on the trade in antiquities and cultural property”, – said the President of the Russian Federation. 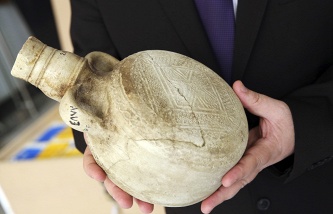 UN: revenues from the illicit trade of cultural objects can reach $6.3 billion a year

In his opinion, “deserves special attention and the desire of UNESCO to transform the culture and cultural diversity into a powerful tool for sustainable development, and thus to implement recently adopted by the UN General Assembly agenda in this area up to 2030”. “The organization has achieved the recognition of the role of the cultural factor in social, economic and other spheres of life of the world community, but also contributed to the inclusion of culture in nine of the 17 sustainable development goals,” – stated Putin.

Of partnership between Russia and UNESCO

Russia is ready to increase its partnership with UNESCO for the improvement of international relations, said Vladimir Putin. “Ready to continue to build partnerships with UNESCO and see the prospects of joint work on such important areas as sustainable development of modern civilization and the improvement of international relations”, – he noted the President.

Putin said that Russia is involved in many UNESCO projects and fully subscribes to the principles of this organization. In particular, he mentioned efforts to preserve world heritage, cultural diversity and national identity. “Together contribute to the strengthening of intercultural dialogue, develop the basics of ethics of scientific and technical progress and ensuring the safety of journalists”, – said the head of state.

“Our country was historically built as a civilization, in which each nation preserved its ethno-cultural identity, stressed the President. – This experience – the experience of interaction of traditions, languages, cultures – we are open and friendly ready to share with the world”.

According to the head of state, the forum venue – Saint-Petersburg – is a distinct value from the point of view of culture. “But our Northern capital is famous not only for beautiful architecture and rich artistic heritage, – said Putin. Is the city of Grand destiny, which fell and triumphs, and hardships. He remembers greatest strength of spirit of its inhabitants during the Second world war, and is a symbol of victory of life over death, the triumph of human dignity over barbarism, over cruelty”.