The meeting will be held on Tuesday, December 15, reported the press Secretary of the head of state, Dmitry Peskov. 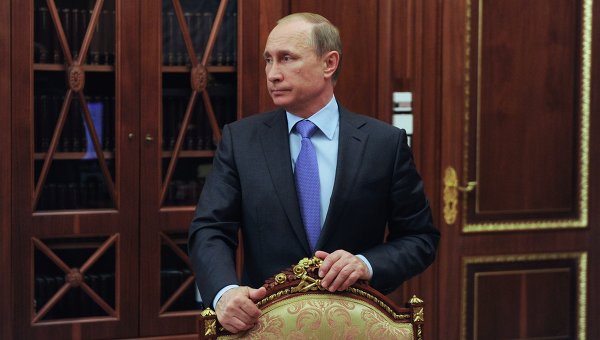 MOSCOW, Dec 14. The Russian President Vladimir Putin on Tuesday will take U.S. Secretary of state John Kerry, who along with the foreign Minister of Russia Sergey Lavrov will talk about the outcome of the talks, told journalists the press-Secretary of the head of state, Dmitry Peskov.

“Also tomorrow, the President will accept Secretary Kerry and foreign Minister Lavrov, who will inform the Russian President about the talks”, — said Peskov.

The head of Russian foreign Ministry Sergei Lavrov and U.S. Secretary of state John Kerry ahead of his visit to Moscow the head of American diplomacy had a phone conversation during which “compared notes” on major issues of the joint agenda.