ST. PETERSBURG, December 14. Roskomnadzor will send after the January holidays proposals for the work of the messengers in the territory of the Russian Federation in the Ministry of communications.

This was stated to journalists by the head of Roskomnadzor Alexander Zharov. 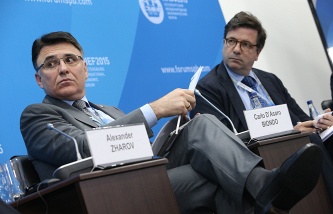 “We are after the January holidays will submit proposals to the Ministry of communications. No position on the ban of the messengers. Due to the fact that the messengers are working on a network and essentially provide communication services, it is logical that they follow the same constraints and principles that keep operators. First of all, we are talking about the prohibition of mass mailings. We also proposed to make it obligatory for messengers of concluding agreements with all operators”, – said Zharov.

The discussion of the initiative should be completed before the end of the year.

He also noted that the final results of the inspection companies regarding the transfer of personal data to servers in the Federation will be known after December 20. “Until anyone of the critical comments we have, the final results will be announced on December 20-21, and we their results will inform on our website,” said Zharov. According to him, the largest among these companies – Rostelecom, LUKOIL, Genetral Motors, Yota.

“To say that someone is violating the law. Minimum technical drawbacks are eliminated during the inspection”, – said the head of Roskomnadzor.

Previously Zharov said that the question of restriction of the activities of the messengers in the territory of the Russian Federation is not conducted. 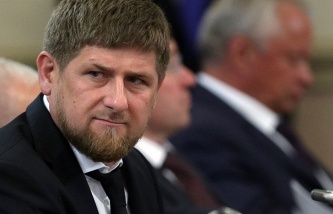 “Officials are not up to the limit of the messenger. The bill itself is not, as we have no right of legislative initiative, but the problem exists,” Zharov said, adding that there is “the problem of mass mailings, which are in accordance with the law On communications is completely prohibited mobile operators”. “It concerns two aspects: the first is users because all the spam is slowly moving from SMS to instant messengers. And the second topic is the issues of national security,” he said.

“We proceed from the fact that the organizers of information distribution or OTT services, messengers working for the network operator. The name itself is technology – “over the top”, that is, they operate over the network. In our logic, if they provide a service connection to the operator’s network, they must enter into a contract with service provider, because they use its infrastructure”, – said Zharov.

“Second, they should follow the same legislative restrictions that apply to operator”, – he added.