The role of the yuan in international transactions has increased dramatically, said in an interview with the President of the Bank Isibasi sun Jan. The establishment of the clearing Bank would facilitate Russian commercial banks carrying out transactions in CNY. 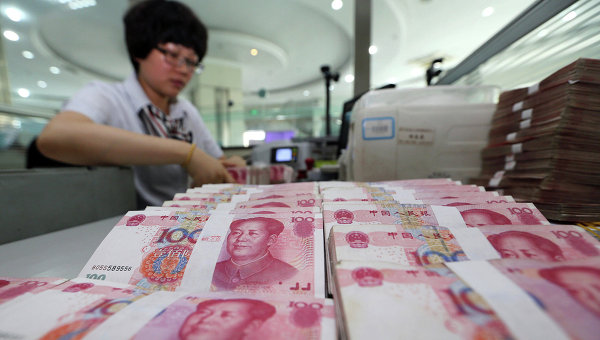 MOSCOW, Dec 14. Russian “a daughter” the largest Bank by assets – Industrial and Commercial Bank of China (ICBC) is ready to become a clearing Bank for settlements in RMB in the Russian Federation and hopes that the Central Bank of Russia and China will hold talks on the issue, said in an interview with the President of the Bank Isibasi sun Jan.

He noted that in recent years dramatically increased the role of the yuan in international transactions. “In 2014, the share of cross-border settlement of RMB in China reached 23.6% of…. At the end of may 2015 the Bank of China have bilateral swap agreements with Central Banks from 32 countries and regions, their total volume amounted to 3.1 trillion yuan (481 billion dollars),” said sun Yang.

“In addition, we also hope that the CBR will soon consider establishing a clearing Bank for the yuan in Russia and discuss with the people’s Bank of China this issue”, — said the head of the Bank. ICBC has already organizes the work of such banks in Europe, Asia and the USA.

“ICBC as the largest Bank in the world, serving business in yuan, willing to take responsibility and play the role of clearing Bank for the yuan in Russia,” he said. According to Suna, the Bank would open for the Russian market additional channel for obtaining liquidity, issuing bonds in yuan.

The establishment of the clearing Bank would facilitate Russian commercial banks carrying out transactions in RMB, which would increase the chances of investing and using financial products in yuan, I am confident soon. “Russian corporations opening Bank would extend the funding, investment and the use of the yuan in settlements with China”, he concluded.

Industrial and Commercial Bank of China (ICBC) established in 1984. In 2015 the Bank for the third year in a row topped the ranking of the largest public companies Global 2000, Forbes published annually. By the end of 2014, the Bank’s assets amounted to $ 20,61 trillion yuan (3.2 trillion dollars), which makes it the largest Bank in the world in terms of assets.