The increase of tariffs on OSAGO became a lifeline for insurers, however, if we exclude this segment from the calculation, the market begins to show a negative trend. 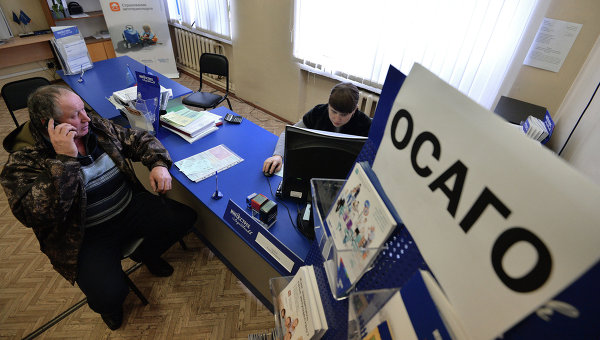 MOSCOW, Dec 14. Insurance companies this year have fully experienced all the problems faced by the Russian economy. The increase in the insurance fees allows insurers to stay afloat and even stay in small plus, however, in the opinion of the interviewed analysts, the overall growth of insurance premiums for the year do not reflect the real picture of the insurance market.

According to the Bank of Russia, the collection of premiums of Russian insurers in January-September increased by 3.6% compared with the same period of 2014 — to 768,63 billion. The insurers noted a decline in sales by most kinds of insurance except automobile liability insurance, insurance of property of citizens, as well as special products, allowing customers to save.

“The situation in insurance is always directly related to the situation in the economy, so 2015 is quite complicated for insurance companies. The only point of growth was the increase of tariffs on OSAGO. This allowed for the moment to ensure minimal growth of the insurance market at 3.6%, and to ensure the profitability of the insurance business in 2015,” commented Vice President, Director of strategic development JSC “SOGAZ” Dmitry Amelkin.

According to the Central Bank, the volume of premiums on OSAGO for 9 months increased by 46.5% in annual terms — up to of 154.7 billion.

The higher tariffs in the motor has become a lifeline for insurers, but the actual total amount of fees does not reflect the real state of the market, experts say. “Increase of tariffs on OSAGO slightly misrepresented the actual state of Affairs in the market. If we ignore this increase, the market decreases”, — said the General Director “VTB Insurance” Gennady Galperin.

“If we calculate the dynamics of the market segment without CTP, it will be negative – it decreases by 3.5%. Impact strong enough the impact of large market — motor hull insurance (decreased by 13.1% to 137,4 billion), personal accident insurance (drop by 16.4% to 61.1 billion), property insurance of legal entities (minus 10.9% to 113,5 billion rubles)”, — adds the Director of the Department of Analytics and development “alpha insurance” Cyril Varlamov.

For its part, the Deputy Director of spao “RESO-Guarantee” Igor Ivanov considers that in the conditions of stagnation to talk about “drivers” is not quite correct, because the insurance market is focused on the retention of the achieved and not on development. He noted that the market fully reflects all the economic negativity of the current year the decline in industrial production, reduction of production and import of cars, the devaluation of the ruble.

CTP: what’s new, other than tariffs

In addition to the increase of tariffs, the OSAGO market in this year saw some important changes.

Thus, the Russian motorists from October 1 to sign a new contract CTP via the Internet (previously in electronic form only to renew the existing contract). However, legal entities will be able to purchase electronic policies only from 1 July 2016.

An important event in the CTP market was the statement by the Central Bank on support of free pricing in this sphere. However, in the opinion of the Chairman of the Central Bank Vladimir Chistyuhin, proceed to the liberalization of tariffs only when the system is in balance. According to the insurers, this can happen no earlier than 2018.

Among the outstanding problems of both the Central Bank and the Russian Union of motor insurers (RAMI) called the use of safe coefficient “bonus-Malus” (MSC) when calculating the value of the policy. According to the PCA, the discount on the policy for accident-free driving up to 50%. However, the Bank of Russia continues to capture the discontent of the citizens by calculating KBM — such appeals constitute about 80% of all complaints of car owners to the regulator.

The PCA this year began to solve another problem in the CTP market – the growth of fake policies. Less than a month of the SAR cooperation with one of the leading international companies to prevent and investigate cybercrime Group-IB was blocked 37 websites, 39 of 57 groups and accounts in social networks, forums and message boards removed more than 20 publications on selling fake policies.

At the implementation stage is a system involving the automatic checking of the policy from car owners with cameras photos and video recording. The system can be running in early 2016. The project starts in Moscow, Kazan and other cities, and then spread to the whole country. According to the President of arui and RAMI Igor Yurgens, the project is relevant in light of the continuing growth in the number of fake policies.

As for other types of insurance, despite the crisis, insurers noted an increased interest of consumers to economy products and products with a deductible, which offer limited coverage at a reasonable price. “The more the savings, the higher the demand,” says Fatianov. In particular, according to him, in the CASCO portfolio increasing proportion of products valued at 40-50% of the cost of fully comprehensive insurance.

The demand for CASCO policies in General strongly decreased, especially in the segment of inexpensive cars, said Varlamov. “To save or to increase fees in this area, market participants need to focus on the development of the product line that will benefit customers, improve service quality, simplify the procedure of purchase of the policy and claims settlement,” he said.

Sales in the segment of property insurance of physical persons are growing largely at the expense of boxed products through banks and “non-insurance” intermediaries (e.g., network appliances), and also due to the activity of individual players, for example, “Sberbank Insurance”, said the Fatianov.

A good prognosis from analysts and in respect of voluntary life insurance. “These are areas where, on the one hand, there is significant untapped potential demand – the level of penetration of these species is quite low. On the other hand, these products are promoted seriously by insurers and intermediaries. Public interest in life insurance and property a little, but growing,” said Halperin.

Important role in the development of these areas is given to banks that have been actively offering customers non-lending insurance products. “We see the market serious changes – if used through the banking channel was sold mainly imputed products, in 2015 the focus shifted to sales volunteer,” he said.

However, Amelkin believes that growth in the life insurance sector is largely artificial and is due to the expansion of investment life insurance. “In fact, it is only the reallocation of savings from Bank deposits and other investment instruments in life insurance. And this takes place primarily between banks and insurance companies within the same group,” he says.

As for property insurance of natural persons, the increase in fees in this area the expert associates with the sales budget and simple in the design of boxed products. “Especially actively they are sold through the Bank sales channel. However, the share of this type of insurance in the size of this market is still very small,” Amelkin said.

Among the trends in 2015, experts note also clearing the market of weak players. According to Amelkina, the consistent policy of the Central Bank are aimed at the market were only real insurers with the requisite financial stability, whose strategy implies long-term presence in the insurance market.

Ivanov agrees that the insurance industry has strengthened the trend towards concentration of business activities and the withdrawal from the market of weak players.

From 1 January to 8 December 2015, the Central Bank has revoked the licenses of 94 players in the insurance market, including in connection with a voluntary refusal, and the refusal of reinsurance. With 100 companies suspended licenses, said the press service of the Bank of Russia.

The number of insurance companies on the Russian market, according to the Central Bank, could be reduced to 340 by the end of this year. The lion’s share of the claims of the regulator to insurers applies to low-quality assets. The company must change the situation for 2015-2016, or they will have to leave the market.

According to the regulator, around half of insurance companies from the top 100 is under serious regulatory attention, and most systemically important insurers (15 of 22) — at risk on asset quality.