After a week at the facility must be necessary according to the standards, the number of workers to finish the reconstruction of the airport of Petropavlovsk-Kamchatsky, said the Plenipotentiary of RF President in the far Eastern Federal district Yuri Trutnev. 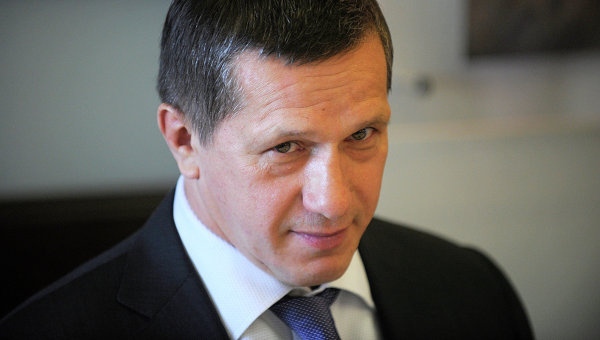 VLADIVOSTOK, December 14 –. The Plenipotentiary of the RF President in the far Eastern Federal district Yuri Trutnev has charged to increase number of workers of Spetsstroy on the reconstruction of the airport of Petropavlovsk-Kamchatsky, the timing of which is delayed, said the government of Kamchatka.

Earlier, the head of the Russian presidential administration Sergei Ivanov has compared the situation with the delay in the reconstruction of the airport of Petropavlovsk-Kamchatsky with the cosmodrome “East” — in his words, there is an idea that is sabotage. Among the reasons for the delay of reconstruction Ivanov called mistakes in the design, the bankruptcy of subcontractors and uncoordinated actions of the customer and the contractor. The head of Rosaviation Alexander Neradko requested until 30 may 2016 to complete the reconstruction of the airport.

“We agreed that the situation must change, and after a week at the facility will be required by the regulations the number of workers to this work to finish. Because now, according to the Spetsstroy, there are 50 people, and the size — 280. Although I yesterday the airport was like, but these 50 have not seen” — quoted in the message words Trutnev.

During the meeting in Kamchatka the envoy requested the chief Federal inspector in the region to regularly visit the site and to inform about the progress of reconstruction. “If something goes wrong, will start to apply sanctions”, — he said.

“I really hope that 30 may still take place this momentous event for us, and planes are finally able to land on this strip. But Spetsstroy must redouble and triple efforts to this issue has been resolved. Plus contractor attracts some third-party firms, for example, from Voronezh to focus on improvement of the airport, but this work can perform Kamchatka and our company. With them the contractor is not calculated because of financial problems. I guess we work together now will be able to solve these issues”, — commented on the results of the meeting the Governor of Kamchatskiy Krai Vladimir Ilyukhin.

Reconstruction of runway and construction of an airfield began on the instructions of Russian President Vladimir Putin. The Federal budget was allocated 12 billion rubles. As previously stated the head of Rosaviatsiya Alexander Neradko, all obligations under the financing from the Federal centre made in full. Money transferred to the accounts of contractor — the Federal state unitary enterprise “Main Department of construction of roads and airfields Spetsstroy Russia”. All work at the facility were to be completed by October 1, 2014. The runway was reconstructed last year, however due to the fact that it is still not completed construction of related infrastructure, to introduce her to eskpluatatsiyu impossible.