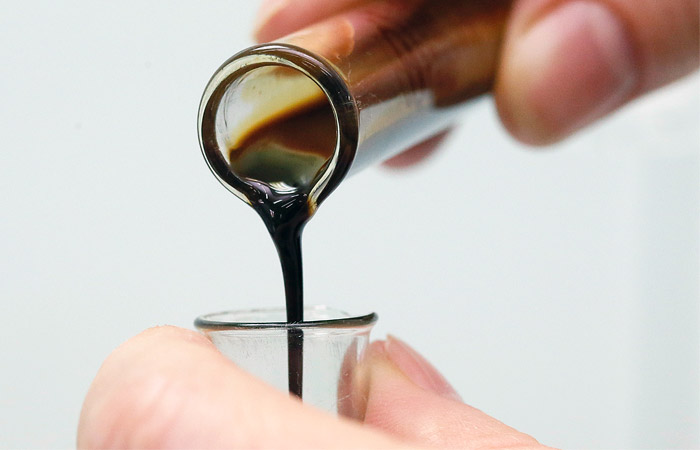 Moscow. December 14. The collapse of prices in the oil market continues: in the course of trading on Monday, the nearest contract for Brent fell below $37 a barrel for the first time since the end of 2008, WTI – below $35 per barrel, to the lowest level since February 2009, reports Bloomberg.

Iran has confirmed the intention to increase oil exports that heightened concerns about the overproduction of fuel. “There is absolutely no chance” that Iran will delay the implementation of the plan of increasing oil exports, even in the face of falling energy prices, said Deputy Minister of oil industry of the country for international and commercial Affairs Amir Hossein Zamaninia.

Quote of the January futures for Brent crude on London’s ICE Futures exchange 14:34 MSK fell by 2.6% to us $36,9 per barrel. Bidding on this contract end on Wednesday, December 16.

Futures price for WTI crude oil for January in electronic trading on the new York Mercantile exchange (NYMEX) fell during the day on Monday by 1.8% to $34,93 per barrel.

The Russian Finance Minister Anton Siluanov earlier suggested that in 2016 the price of oil in certain periods can drop to $30. “We didn’t manage to adopt the budget, we see that the situation with the macroeconomic changes. Changes not for the better. Oil prices we have budgeted $50 per barrel, now for about $36-37 per barrel. It is unclear what will happen next,” he said at the Board meeting of financial, Treasury and tax authorities of Tatarstan on Saturday.

He also noted Iran’s influence on the market. “All the evidence suggests that low oil prices are likely next year to dominate and it is possible that during certain periods it will be, maybe, $30 a barrel, maybe less, we don’t know, – said the Minister. – Because a year ago if we were told that it would be below 40, everyone would probably just laugh. So you need to prepare for such difficult times for us”.

According to the Finance Ministry, at current prices for oil the Russian budget next year will lose about 2% of GDP, which in absolute terms is about 1.5-1.6 trillion rubles.

The CBR also recognized that the dynamics of oil prices makes it more urgent risk scenario for the next three years, however, is not going to adjust their estimates.

Meanwhile, analysts at Standard Chartered predict that oil prices will increase in 2016 because of OPEC and other major producers will not be able to meet the growing global demand in full.

WTI crude oil in the fourth quarter of 2016 will rise to an average of $70 per barrel, said in an interview with Bloomberg Bank’s chief economist for Asia David Mann. “Gives OPEC control over prices, since it just pumps oil to the maximum. Meanwhile the rest can’t produce enough oil at current prices,” he said.

Oil production from US shale deposits, the cost of which is higher than traditional fields, has already dropped more than 400 thousand barrels per day due to falling prices, said the expert.