The price of oil on Wednesday has fallen in the area a new low since the end of 2008. The dollar has gaining in value, the Euro is growing less confident. 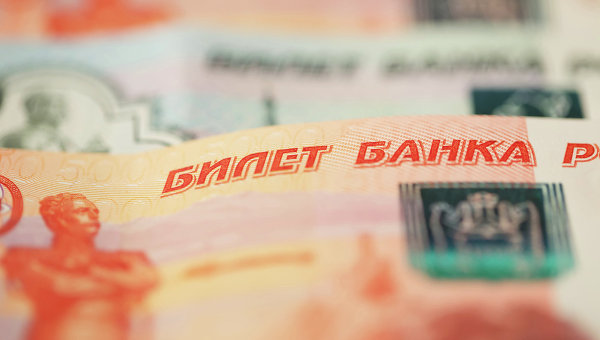 MOSCOW, Dec 14. Dmitry Mayorov. The ruble on Monday afternoon retreats on weak oil, pushed in the area is 37 dollars per barrel of Brent.

The dollar has gaining in value and the Euro or less steadily increasing against the background of weak dynamics of the European currency on Forex.

The ruble against the Euro during the day on Monday morning tried to be adjusted upwards after the collapse of the end of last week, which resulted in a main reserve currency reached multi-month highs.

Meanwhile, the price of oil on Wednesday fell to around 37 dollars per barrel of Brent, which is another low since the end of 2008. It’s already pretty close to 7-year low (36.2 per dollar), below which the oil was already since 2004.

Market players take into account the possibility for the first few years of rate hike by the fed this coming Wednesday, and it weighs on risky assets.

Dynamics of Euro against dollar on Forex on Monday slightly negative — also on expectations of interest rate increase by the fed.

As a result, the dollar grows against the ruble, and Euro to a lesser degree. However, the dollar has updated multi-month high and the Euro is at a local peak.

The rouble may stay volatile in the beginning of the week, says principal analyst at Nordea Bank Dmitry Savchenko. “The oil market does not look like it’s going to turn up. The flow of negative news — OPEC seeks to restrict the production, by showing production growth. In the end, the commodity currencies will suffer,” he assesses.

“The dollar may trade above 70 rubles, while oil is trading at 38 dollars per barrel of Brent. External events potentially important for the ruble, it is necessary to highlight the fed meeting. The fed will likely raise rates at a meeting on Wednesday that may support the dollar and thus put pressure on the ruble,” — said Savchenko.

The fed’s decision will be accompanied by a fairly balanced and soft review by the regulator on the pace of further tightening policies, which may limit the scope and negative impact on the markets (given that the increase is already built into the price), and to act as a stabilization factor in the oil market, says Dmitry Polevoy from ING Bank.

Given the decline in oil prices, only the tax period will be to provide support to the ruble, he added.