The rating of the deputies, which the Russians would like to see in the next convocation of the state Duma, has headed the United Russia Vladimir Vasiliev. Second place went to Vladimir Zhirinovsky, the third – Gennady Zyuganov, according to the Center for information communications “Rating”. 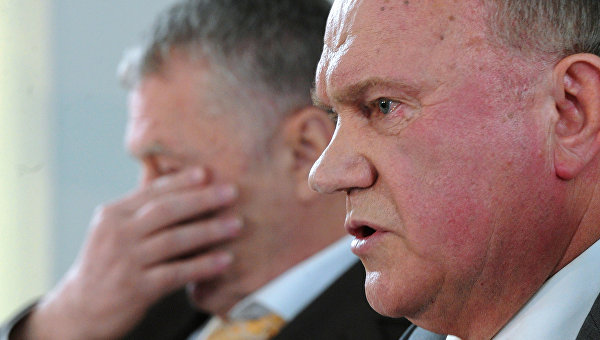 MOSCOW, Dec 14. Center for information communications “Rating” in the framework of the project “national rating of” find out who of the current squad parliamentarians Russians would like to see in the next convocation of the State Duma. They were Vladimir Vasiliev (EP), Vladimir Zhirinovsky (LDPR) and Gennady Zyuganov (Communist party).

Topped the rating Vasiliev, second place was taken by Zhirinovsky and the CPRF leader Zyuganov in third place. Behind it stands the Deputy of “United Russia” Sergei Neverov. Rounded out the top five in the ranking of Sergey Mironov (FR). Total rating consists of 150 seats, the last in the list of Samail sarailiev, the Deputy from “United Russia”.

“The purpose of the study: to find out which of the current composition of the Parliament the Russians would like to see in the next convocation of the State Duma. A lively response of readers and specialists, which followed the publication in November of the previous rating, showed the relevance and practical significance of the chosen topic,” — said General Director of CEC “Rating”, the head of the project “national rating” Arsen Aristakesyan.

To conduct the study, as described, was sent out 1500 questionnaires to the leading Federal and regional experts. Collected and processed data of some 500 political scientists and political strategists.