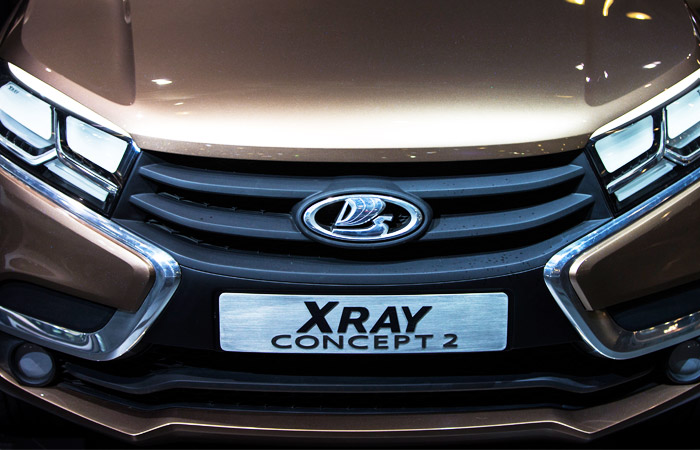 Moscow. December 15. “AvtoVAZ” has started serial production of cars Lada Xray at the plant in Togliatti, the correspondent reported from the launch ceremony.

Merkushin expressed hope that Lada Xray will be sold not only in Russia but also abroad. “The project invested 12 billion rubles. Of course, with the support of state banks. It’s a lot of money. The government will “AVTOVAZ” to help in the future,” he said.

According to him, 85% of officials of the government of the Samara region will pass to the Lada Xray and Lada Vesta, the production of which was started at the end of September.

The production plan Lada Xray today is 50 vehicles per day. “Already welded body 200, the end of the year will be brewed 490”, – said one of the representatives of “AVTOVAZ”. He also noted that the new car is equipped with manual gearbox and engine capacity of 1.6 liters and 110 horsepower.

The start of sales of Lada Xray is scheduled for February 2016. Over the external appearance of Lada Xray work of designer Steve Mattin, who previously worked on the design of Mercedes-Benz and Volvo. The car was created within cooperation with the Alliance Renault-Nissan on platform B0. Its production is organized on the B0 line in Togliatti.

The company had previously planned to begin production of cars in January 2016, then the deadline is moved to November 2015. In early April, Bo Andersson reported that the production of the car moved again: from November to December 2015.

It was also reported that until 2020 AVTOVAZ will produce six new models and renew five existing models.