The proposal of the FAS is due to the fact that due to the increase of the rates of excise duty on alcohol has increased the share of the illegal market, the volume of which FAS considers to be critical. 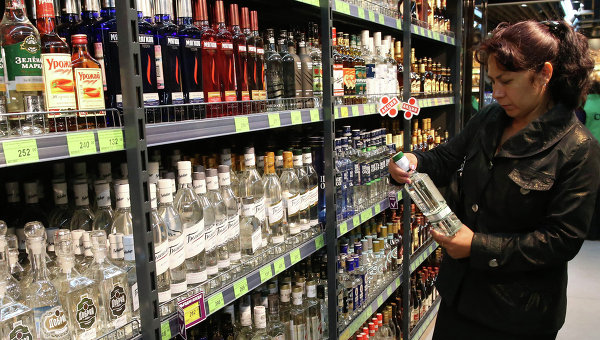 The proposals of the FAS for alcohol market regulation contained in the draft report “the elimination of regional protectionism”, a copy of which has edition. On Monday, he was sent to Rosalkogolregulirovanie (PAP), the Ministry of industry and trade, Ministry of economic development and sectoral unions, said the head of control and financial management FAS Vladimir Michelosen.

The document proposes to revise excise rates for all types of alcohol and alcohol and also to separate MRC for production from 34% to 38% and from 38% to 56%. In the first category, according to the FAS, it is possible to make MRC 150 185 rubles instead of rubles taking into account a sharp decline in excise duty. In the second category are invited to 2018 to leave the same bet, thus increasing the MRP from 185 to 240 rubles.

His proposal of the FAS explains that the consistent increase in the rate of excise duty on alcohol has led to decreased production of legal products and the increasing share of the illegal market, the volume of which FAS considers to be critical (40-60%).

Remind the authors of the report, in 2015 MRC vodka was reduced from 220 to 185 rubles per 0.5 l can, However, cite the authors of the report on industry experts, at the current rate of excise duty (500 rubles per liter of absolute alcohol) to “put on the shelf” legal vodka in 185 rubles is almost impossible: “the price is the cost price, excise tax and VAT, the margin of distributor and retail. The result is that the average minimum price of legal vodka in retail varies in the range from 220 to 240 rubles.”

Vice-President of holding “Russian standard” (vodka “Russian standard” and “Green mark”) Igor Kosarev says that the bottle of 0,5 l of vodka of economy segment today is 40 rubles the cost price of 120 rubles, the excise and the VAT, 70 rubles — a variety of bonuses, which the supplier shall pay to the networks. “Under that scenario, MRC 240 rubles for vodka is now much more consistent with the realities of the market,” said Kosarev.