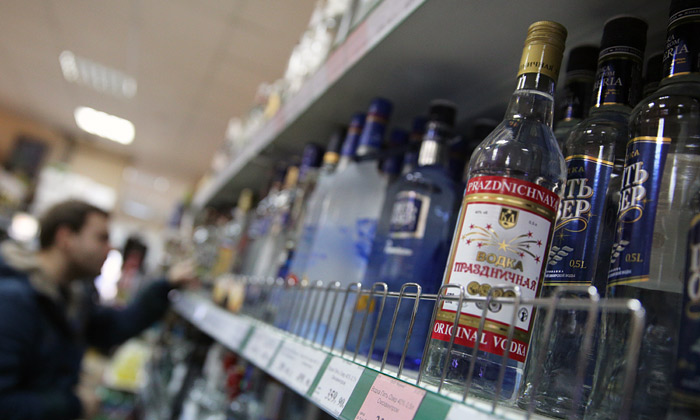 Moscow. December 15. The Federal Antimonopoly service proposed to raise the minimum retail price (MRP) for vodka and other drinks from 38 to 56 degrees from 185 to 240 rubles for 0.5 liters.

As writes today “Kommersant”, the FAS proposal before it was sent to Rosalkogolregulirovanie (PAP), the Ministry of industry and trade, the Ministry of economy and branch unions. The document proposes to revise excise rates for all types of alcohol and alcohol and also to separate MRC for production from 34% to 38% and from 38% to 56%. In the first category, according to the FAS, it is possible to make MRC 150 185 rubles instead of rubles taking into account a sharp decline in excise duty. In the second category are invited to 2018 to leave the same bet, thus increasing the MRP from 185 to 240 rubles.

The Department believes that the separation of minimum retail prices, depending on the strength of the drinks will be an effective measure in the fight against illegal alcohol market.

The FAS explained that the consistent increase in rates of excise duty on alcohol has led to decreased production of legal products and the increasing share of the illegal market, which antitrust agencies consider critical (40-60%). Remind the authors of the document, in 2015 MRC vodka was reduced from 220 to 185 rubles per 0.5 liter. However, with the current rate of excise duty (500 rubles per liter of absolute alcohol) to “put on the shelf” legal vodka in 185 rubles is almost impossible: “the price is the cost price, excise tax and VAT, the margin of distributor and retail. The result is that the average minimum price of legal vodka in retail varies in the range from 220 to 240 rubles.”