Despite the pressure of those countries which prior to the imposition of counter-sanctions took their niches in the Russian market, Latin America is interested in increasing supplies of agricultural products to Russia, said the Director of the Latin American Department of the foreign Ministry Alexander Shchetinin. 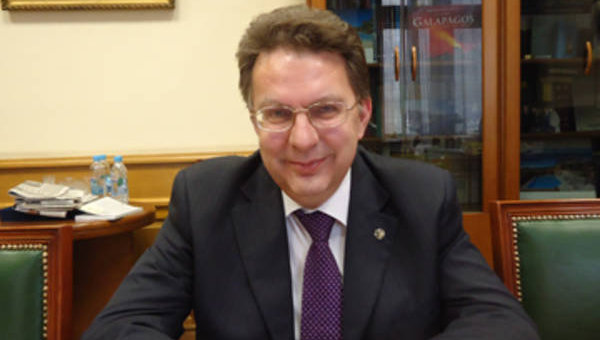 MOSCOW, 15 Dec –. Latin America is interested in increasing supplies of agricultural products to Russia, despite pressure from those countries that before the introduction of Russia’s counter-sanctions took their niches in the Russian market, said in an interview with the Director of the Latin American Department of the Russian foreign Ministry Alexander Shchetinin.

“Hispanics are very active, and in spite of the pressure exerted on them by those countries, which previously belonged to the niches in our market”, — said Shchetinin.

According to the diplomat, “where domestic producers to fill a niche not, we are ready to contribute – and those steps are taken actively to fill the respective segment, especially agricultural, at the expense of imports from Latin America, we are talking about meat products, vegetables and fruits”.

“Despite the difficulties that arise in our countries given the current economic situation, we find Latinos form, including in terms of financial security, which allow to advance in the projects of technological and investment cooperation. Both from the point of view of our investments in the region, and investments of countries of the region”, — said the diplomat.

In General, according to Shchetinin, the development of relations with Russia is beneficial for the countries of the region, regardless of the alignment of political forces within a country.

In addition, after the incident in Turkey, the Russian su-24 bomber, the relations of Russia and Turkey is experiencing a serious crisis. After the incident, the President signed a decree on measures to ensure national security and on the special economic measures against Turkey. The first of December was published the decree of the government of the Russian Federation in the development of this decree. In particular, according to the document, from January 1, 2016 Russia suspends visa-free regime with Turkey and cancels Charter flights.

In addition, Prime Minister Dmitry Medvedev signed a decree on application of special economic measures against Turkey. Introduced including a ban on the import into the Russian Federation from 1 January 2016 of a number of agricultural products, raw materials and food, country origin is Turkey.