Russia and Cuba maintains fraternal and friendly relations of many years of mutual support and cooperation, said the Director of the Latin American Department of the foreign Ministry Alexander Shchetinin. He was confident that the two countries have good prospects. 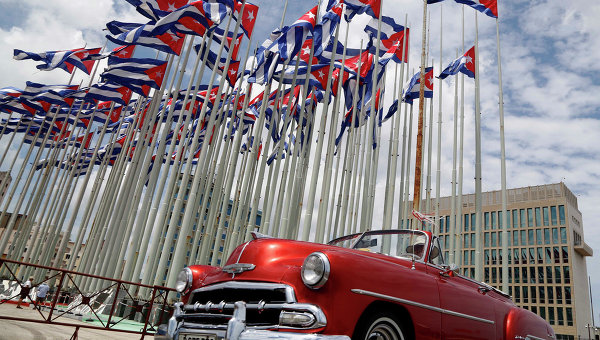 MOSCOW, 15 Dec –. The normalization of relations between the U.S. and Cuba have not questioned the development of contacts between Moscow and Havana, said in an interview with the Director of the Latin American Department of the Russian foreign Ministry Alexander Shchetinin.

“The process of normalization of Cuban-American relations is not questioned by the Cuban leadership to the development of contacts with Russia. We have brotherly and friendly relations of many years of mutual support and cooperation. I am sure that we have good prospects”, — said Shchetinin.

The U.S. and Cuba agreed a year ago on the set of measures to improve bilateral relations, and in the summer of this year, exchanged embassies. The U.S. administration also urged Congress to repeal more than half-century trade embargo against Cuba, however, this initiative did not meet with understanding in Congress.