Machines and equipment “Rostselmash” are the company Egenolf Handel from 95 to 230 thousand euros net. The total market in Germany is 2 thousand such cars. The advantage of these machines is that 80% of the parts and mechanisms bought in Germany. 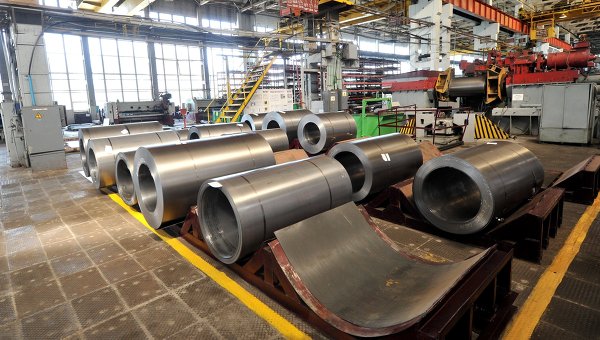 BERLIN, 15 Dec. Tatyana Firsova. Economic sanctions the EU imposed on Russia, has opened new perspectives for the agricultural machinery “Rostselmash” on the German market, said the Director of the company Egenolf Handel & Dienstleistungs William Egenolf. Group of Egenolf from March 2014 it became the General importer of “Rostselmash” in Germany.

Rostselmash is a group of companies that unites 13 enterprises producing machinery for soil preparation, planting, harvesting and processing the crop. According to information on the website of the company, the product line includes over 150 models and modifications 24 types of equipment including grain and forage harvesters, tractors, sprayers, equipment for processing grain and fodder for livestock. Appliances sold in 56 countries around the world.

As told in an interview to Egenolf, harvesters of “Rostselmash” are produced in Russia, and at this stage for the German distributor great advantage of these machines consists in the fact that 80% of the parts and mechanisms bought in Germany. This means that build equipment in Russia is cheaper, and supply of spare parts in Germany is better than in Russia.

“Other firms does not. Therefore, and because these parts are going in Russia, our products are much cheaper than competing companies or brands that are present on the German market for decades and whose products partially is two times more than ours”, — said the head of the firm.

“Added to this is the fact that because of sanctions and weak ruble sales in Russia for these well-known companies became almost impossible. Moreover, in Germany in the field of agriculture is now in crisis, and farmers have not such big capital. So in General with our cheaper cars we have an advantage thanks to the sanctions”, — said Egenolf.

On average, machines and equipment “Rostselmash” are the company Egenolf Handel from 95 to 230 thousand euros net all depends on the profile and specifics. Still about 1.5-2 years the company managed to sell in Germany 7 machines. In 2016 the company plans to sell about 20-40 tractors and harvesters. It’s not so little, given the market volume for such equipment in Germany.

According to him, to sell such units is difficult due to their special purpose — “these machines can’t stand, they must constantly work,” says Egenolf. On the company’s website on the Internet, it is proposed, in particular, a rotary combine harvester Torus.

According to the businessman, his company sells different types of machines, from small, to small farms, to large, required large agricultural companies. The units are designed to handle size from 200 to 7-8 thousand hectares.

“So far, the company “Rostselmash” has not supplied their machines in Western Europe. The structure of the distributors operates in Poland, Czech Republic, Hungary, Bulgaria. We are the General importer and formed a sales network in Germany and start to sell cars. The first we already sold,” said Egenolf.

As introduced sanctions against Russia >>