NEW DELHI, December 15. /Corr. Alexander Antipin/. India is ready to call for a second site for NPP construction under the Russian project. An announcement may be made during the first state visit by Indian Prime Minister Narendra modi in Russia, said Tuesday a source close to the Corporation atomic energy of India. 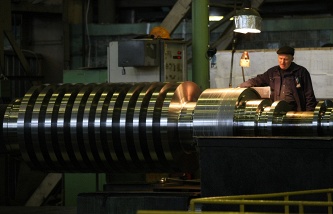 “India is going to announce the second allocation of sites for NPP construction under the Russian project during the visit of Narendra modi to Moscow”, – he said, refusing, however, to clarify where it will be located.

Previously, various sources claimed that negotiations are ongoing with the state government of Andhra Pradesh in southeastern India, which also has been agreed the site for the NPP construction on the American project.

In addition, according to the interlocutor of the Agency, “India expects during his visit to sign with Russia the General framework agreement on construction of the fifth and sixth units of NPP “Kudankulam” in Tamil Nadu” in the South of this South Asian Republic.

“The advantage of this agreement will be that in serial construction price for all four blocks, the third to the sixth – does not increase”, – he said.

At the moment Russia is the only country that builds nuclear power plants in India. So, at the moment preparations are under way to start construction works in 2016 for the third and fourth NPP “Kudankulam”. It is planned that Russia will be built in India, about 20 nuclear power units.

Modi’s visit to Russia scheduled for December 24-25. The Prime Minister could arrive in Moscow on December 23.