MOSCOW, December 15. Agreements reached in Vienna on Syria was approved by a UN resolution. 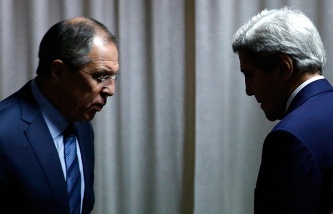 This was stated by Minister of foreign Affairs of Russia Sergey Lavrov after meeting with U.S. Secretary of state John Kerry.

According to him, Russia supports the idea of convening a meeting on Syria in new York on December 18.

“Supported the idea of convening in new York this Friday, 18 December, the next meeting of the international support group Syria at the Ministerial level, he said. – We hope that at its end we will be able to submit for consideration the UN security Council a draft resolution, which will reaffirm all the principles contained in the Vienna document”.

“Confirmed today the agreements that were reached between the military of the Russian Federation and the United States, and agreements that apply to the United States led a coalition to combat “Islamic state” (ISIS is a terrorist group banned in Russia), – Lavrov said. – In practical terms agreed on some further steps that will help to make the fight against terrorism more effective.”

“Confirmed agreement “Viennese meetings”, which are based on the Geneva communiqué of 2012″, – said Lavrov.

The head of the Russian foreign Ministry reported that the parties agreed “to continue the work, which is at a sufficiently advanced stage in terms of compiling a unified list of terrorist organizations and to assist the UN in forming a delegation of the opposition”. The Russian Minister stressed that the opposition delegation “must be representative, to be ready for the negotiations with the delegation of the Syrian government in a constructive manner, in line with those principles, which were approved by the members of the International support group in Syria”.

Approval from the UN report that the Russian operation in Syria brings suffering to the civilian population, have no confirmation, said Lavrov.

“A recent UN reports contained allegations that, if the Russian operation in Syria leads to increased suffering of the civilian population. In these statements there were no references to facts, he said. – We requested the UN Secretariat such facts, they are facts failed to present”.

The Russian Minister said that Moscow is waiting for information on the meeting of the “Group of friends of Syria” in Paris, but considers that it is necessary to work in a collective format.

“We believe that we must act in a collective format that includes all key players, so or otherwise affecting the parties fighting in Syria, and in the format that was approved by the UN Security Council”, – said the head of the Russian foreign Ministry.

“We urged the UN Secretariat to be more careful in their statements and based on the assessment that contains accurate information, with indication of the source. So any accusations are not heard”, – said Lavrov.

About the opposition meeting in Riyadh

Meeting the Syrian opposition in Riyadh is just one of the steps to support the efforts of United Nations special envoy for the settlement in Syria Staffan de Mistura on the formation of representative delegation for negotiations with the government, said Lavrov.

“The opposition meeting in Riyadh is a contribution to the work of the special UN envoy who will decide on the delegations of the opposition,” he said. Lavrov said that attempts to create a common platform for uniting the Syrian opposition was made in 2015 also at the meetings in Moscow and Cairo, and their results will be considered de Mistura.

“The UN takes into account in its work the results of the meetings of the opposition, which took place in Moscow, Cairo, Astana, Damascus, said Lavrov. – All this array of information will be synthesized, analyzed the UN, and special envoy of the Secretary-General de Mistura will make recommendations on how it sees the delegation of the opposition, which will be representative and will cover the entire list of opponents of the regime, is ready for constructive talks with the government on the basis of the Geneva communiqué.”

The work on the unified list of terrorist organizations

In addition, the Russian Federation and the United States reaffirmed the agreements on the settlement in Syria, achieved in the framework of the “Vienna meeting”.

“We agreed to continue the work in terms of compiling a unified list of terrorist organizations and to assist the UN in forming a delegation of the opposition”, – said the Minister.

Russia is waiting for information on the meeting of the “Group of friends of Syria” in Paris, but considers that it is necessary to work in a collective format, Lavrov said.

Lavrov urged to continue efforts to form a delegation of the Syrian opposition for talks with the government.

Approval from the UN report that the Russian operation in Syria brings suffering to the civilian population, are not confirmed, said the head of the Russian foreign Ministry. According to him, Russia hopes that the UN will be more careful in his statements on the humanitarian situation in Syria. 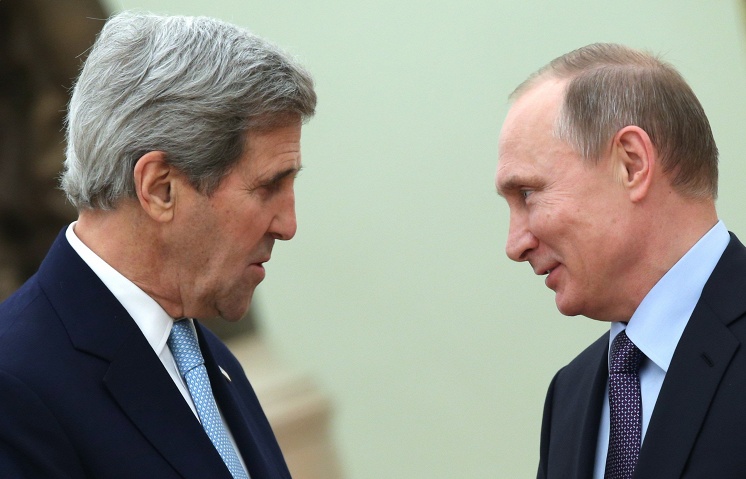 The meeting of Putin, Lavrov and Kerry in Moscow. Text translation