USA artificially prolong the process of creating a unified front in the fight against terrorism. The visit of John Kerry in Moscow will not bring real results, says Vice-speaker of the state Duma Nikolay Levichev. 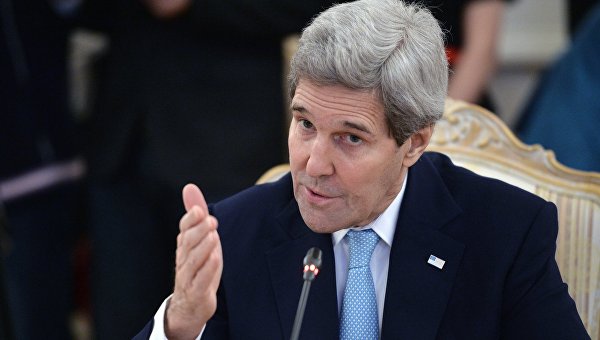 MOSCOW, Dec 15. The visit of U.S. Secretary of state John Kerry – a demonstration of the willingness of the United States to negotiate, says Vice-speaker of the state Duma Nikolay Levichev.

The Russian foreign Minister Sergey Lavrov on Tuesday met with U.S. Secretary of state John Kerry. As expected, the negotiations will be, first of all, Syria. On the eve of Kerry’s visit to Moscow declared that the US position on the Syrian crisis and counter-terrorism also raises questions of the Russian side hopes to receive answers. After the meeting of foreign Ministers will be the President of the Russian Federation Vladimir Putin.

“The visit of Kerry to Moscow — a demonstration of the willingness of the U.S. to negotiate. Apparently, once again just a demonstration. It is the efforts of the state Department delayed the process of creating a United front against terrorism”, — told reporters Levichev.

He believes that the initiator of the “Saudi initiative” on the establishment of another Union “antigas” is the USA, although they do not formally have anything to do with her.

Levichev said that, Washington’s goals are not to destroy the radicals, and in the change of power in Syria by proxy. “Russia and the U.S. is trying if not to remove from the Middle East, it is possible to embed in their plans. To do this, they put pressure on our country through its allies in Ankara, Riyadh and Doha”, he added.

“Neither the coalition led by Saudi Arabia, nor the visit of John Kerry in Moscow will not bring real results. The result will only be the case if all interested in the settlement of the Syrian crisis, the parties will leave their ambitions in the middle East the land until better times and join those countries that are leading the real fight against terrorism,” said Levichev.