MOSCOW, December 15. Mass production card “the World” in Russia will begin in the second half of 2016, have informed in a press-conferences the Chairman of the Central Bank Olga Skorobogatova. 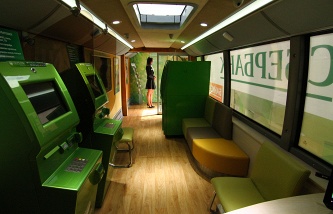 Sberbank became a participant of the national payment system “World”

“Mass production of cards (Mir – approx. ed.) will be provided starting from the second half of 2016,” said she.

The Bank of Russia and the national payment card system (nvqs) announced the start of emission of the first maps of “the World” which is performed 7 Russian banks, according to a press release from the NPCs.

The second group of 21 of the Bank – participant of the pilot project already started testing the cards “the World” and plans to complete it before the end of 2015.

Next year the banks will begin to disclose its acquiring network and will start issuing the cards. Participants in the payment system “the World” at the moment become 35 Russian banks, including Sberbank, Alfa Bank and others.