The impact on the world economy have, in particular, attempts to undermine the existing architecture of the international trade relations by creating a so-called exclusive relationships, including creating all kinds of partnerships, said the Prime Minister of Russia 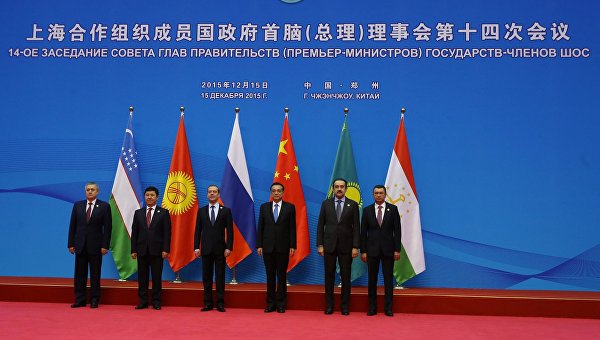 ZHENGZHOU (CHINA), 15 Dec. The situation in the global economy compounded by attempts to undermine the architecture of international trade relations, said Tuesday Russian Prime Minister Dmitry Medvedev at the meeting of the Council of heads of government of the SCO in China.

“There are still serious economic challenges, continue to decrease the indicators of international trade, investment activity, increased the volatility of currencies — in any case, many currencies — in combination with a very sharp fluctuations of world prices for energy resources and raw materials”, — said Medvedev.

“The situation is further complicated by attempts to undermine the architecture of international commercial relations, to provoke a fragmentation of world economic relations, the global economic landscape, including through the establishment of so-called exclusive relationships, including creating all kinds of partnerships”, — said the Prime Minister.

The head of government stressed that Russia is not against such international associations, but the necessary common rules of conduct in the economic sphere.

“I would like to emphasize that our country is not the opponent of such partnerships type Pacific partnership and other associations, but we would like to understand what will happen to global trade, what is the fate of the world trade organization, where we all joined and where there is a single universal rules for settling. And this is extremely important for us to live in a predictable world, into a world where there was no common rule of conduct in the economic sphere”, — said Medvedev.