ZHENGZHOU /China/, December 15. Prime Minister of Russia Dmitry Medvedev said that Russia is not against international partnerships and associations, but pointed to the need to establish uniform rules of action in the economic sphere due to lower the indicators of international trade and the increased volatility of currencies.

“There are still serious economic challenges, continue to decrease the indicators of international trade, investment activity, increased the volatility of currencies, in any case, many currencies, combined with a very sharp fluctuations of world prices for energy and raw material resources,” he said, speaking at a meeting of the Council of heads of governments of the countries-participants SHOS in the expanded structure. 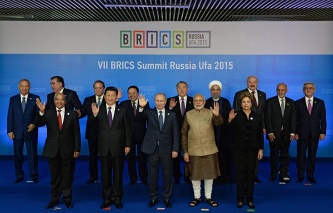 Putin: cooperation of the BRICS, SCO and the EAEC will provide opportunities for economic breakthrough

“The situation is further complicated by attempts to undermine the architecture of international commercial relations, to provoke a fragmentation of world economic relations, the global economic landscape, including through the establishment of so-called exclusive relationships, including creating all kinds of partnerships,” stressed the Russian Prime Minister.

He stressed that Moscow is not against such international associations, but common rules of conduct in the economic sphere.

“I would like to emphasize that our country is not the opponent of such partnerships type Pacific partnership and other associations, but we would like to understand what will happen to global trade, what is the fate of the world trade organization, where we all joined and where there are common universal rules of the settlement, – said Medvedev. – And this is critical so that we lived in a predictable world, into a world where there was no common rule of conduct in the economic sphere”.

On formation of economic partnerships

Dmitry Medvedev said that Russia proposes to begin consultations of the Eurasian economic Union (EEU) and the Shanghai cooperation organization (SCO) countries of Association of South-East Asia on the formation of possible economic partnerships. 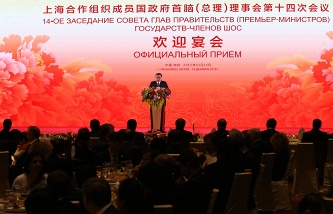 China proposes to establish a free trade zone within the SCO

“Russia proposes to start consultations on the lines of our Eurasian economic Union, SCO connection with entering into the Organization of States, with countries of the Association of South-East Asia on formation of economic partnerships on the principles of equality and accounting of mutual interests”, – said the head of the government of the Russian Federation.

According to him, first need to focus on protection of capital investments and optimization of procedures of movement of goods across borders, joint development of technical standards for products.

Moreover, Medvedev drew attention to the perspective for the formation of an integrated transport system of the SCO.

“It is advisable to focus on a number of fronts. This transport infrastructure, which is a key condition for the development of large business projects. The Central place to take those initiatives which combine several of the SCO member States, which aimed at modernization of communications”, – said Medvedev.

“The promising idea of developing an integrated transport system of the SCO using the potential of existing or planned transport corridors, particularly the TRANS-Siberian and Baikal-Amur mainline. The legal basis at the moment this is”, he said.

Speaking about the creation of favorable conditions for road transport, the Russian Prime Minister noted the need to expedite the entry into force of the relevant agreement of the SCO. “We need to accelerate the entry into force of this agreement, in which it is possible to calculate the demand for road transport and to develop a clear plan to implement this idea”, – said Medvedev.