The Russian President noted that the visit of the Belarusian President took place, despite existing difficulties. The trip to Moscow became Alexander Lukashenka was the first foreign visit after re-election as President. 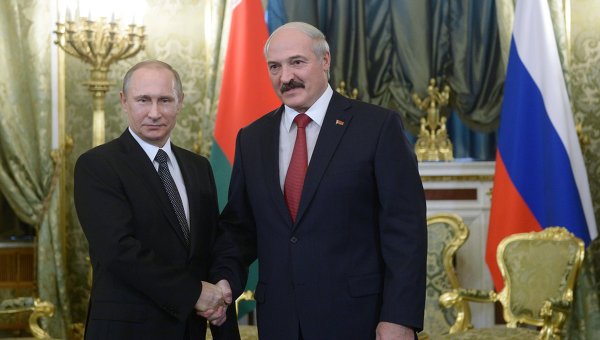 MOSCOW, Dec 15. The President of Russia Vladimir Putin has described the visit of his Belarusian counterpart Alyaksandr Lukashenka in Moscow important given the current problems; the Russian leader also reminded about the agreement on the visit of the head of the Union state in Russia after the elections.

Lukashenko visits Russia on December 14-15. Putin holds talks with his Belarusian colleague, the leaders will discuss bilateral cooperation and deepening economic integration in the Eurasian space, as well as the international agenda.

“I am very happy to see You in Moscow. As we agreed, after the election You come to the first visit to the capital of Russia, which is natural, because the level of political relations and the volume of economic cooperation, the movement, which is… pretty much done thanks to your efforts, we made the unification of our capabilities in solving social issues in Belarus and in Russia. All of this suggests that we have something to talk about,” said Putin at a meeting with President of Belarus.

He also noted the importance of the visit of Lukashenka to Russia, which took place despite the difficulties. “We often meet, however we were waiting for You with an official visit. Happy enough, in spite of all current problems, is organized, what have you come for a thorough discussion on the entire range of Russian-Belarusian relations,” the Russian President said.

As noted at the beginning of his speech, the President of Belarus, the leaders of the two countries met in Ufa arrangements that this meeting will be worked out all the issues “to be decided”.

“And I’ll meet you here in the Kremlin have already for the issues that remain for decision by us. We will discuss them and decide… We know what Russia is and what Russia wants from Belarus. I am sure that Russia knows absolutely that is necessary of Belarus from Russia. I think the solution to these problems that we have, will further unite our peoples… We are ready to briefly and clearly discuss problems and resolve all issues that face us,” he said.

At the talks in narrow format with the Russian side were foreign Minister Sergei Lavrov, presidential aide Yuri Ushakov, Deputy Prime Minister Arkady Dvorkovich and Minister of industry and trade Denis Manturov.