The agreement on creation of favorable conditions for international road transport signed already, noted the Chinese Premier Li Keqiang. According to him, now worked out the program of development of highways. 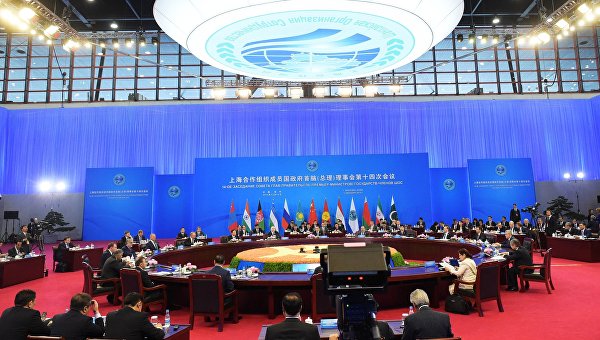 MOSCOW, Dec 15. Premier Li Keqiang called on SCO countries to create a unified transport network on the Eurasian continent with the node in the Central Asian region and to negotiate the establishment of settlements in national currencies.

“We have already signed the agreement on creation of favorable conditions for international road transport, is now working on a programme for the coordinated development of roads. Then you need to plan and gradually implement the key projects on transport infrastructure, to create a unified transport network on the Eurasian continent with the node in the Central Asian region,” he said at the meeting of the Council of heads of government of the SCO.

Li Keqiang recalled that the SCO States are on the key land routes connecting Asia and Europe, and have a huge potential for cooperation for the establishment of a single transport network.

To negotiate settlements between the countries in national currencies Li Keqiang invited the Ministers of Finance and heads of the Central Bank.

The Chinese Premier also urged to seek new forms of trade, including to create a trade Association for electronic Commerce. In addition, Li Keqiang called for the intensification of cooperation in the field of agriculture, cattle breeding, fish farming.