The constitutional court will be able to recognize it impossible for the enforcement in Russia of decisions of international courts, if they violate the rule of the Russian Constitution. This act signed by the President of Russia. 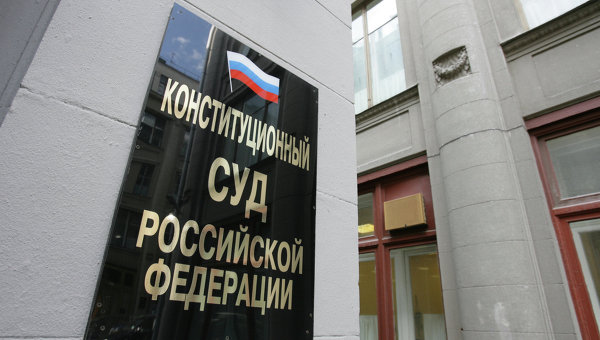 MOSCOW, Dec 15. The President of Russia Vladimir Putin signed a law giving the Constitutional court (CC) of the Russian Federation the right to accept the impossible enforcement in Russia of decisions of international courts, if they violate the rule of the Russian Constitution, according to the official portal of legal information.

The document was developed in pursuance of the COP decision dated 14 July, in which he ruled that will solve the issue of execution of judgments of the European court of human rights in each case individually, the decisions of the ECHR are enforceable only with regard to the recognition of the supremacy of the Constitution of Russia.

The law aims “at implementing the powers of the Federal legislator to provide a special legal mechanism for the resolution of the question of possibility or impossibility from the point of view of principles and of the rule of higher legal force the Constitution of the Russian Federation to execute judgement on the appeal against the decision of Russia”, stated in the explanatory Memorandum.