Petro Poroshenko thanked the President of Poland for the development of a feasibility study for the construction of the Interconnector, which will enable to transport gas to Europe and allow the policy to prevent implementation of the “Nord stream–2”. 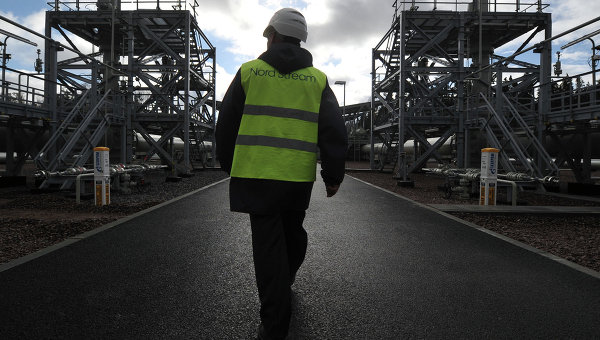 KYIV, 15 Dec. The President of Ukraine Petro Poroshenko and the head of Poland Andrzej Duda, expressed their protest against the implementation of the pipeline project “Nord stream–2”, the corresponding statement was made during joint press conference following the meeting on Tuesday.

“I would like to thank our Polish partners for the completion of the feasibility study for the construction of the Interconnector, the need for further use of gas transmission capacities of Ukraine for transporting gas to Europe and the inadmissibility of implementation of the project “Northern stream–2″. It is a firm position of Ukraine, it is the firm position of Poland, we koordiniruyutsya with our partners from Slovakia, Baltic countries, from Italy, a huge number of the EU countries”, — said Poroshenko.

Ukrainian President continues to assert that the construction of the gas pipeline does not make economic assumptions and is purely a political decision. In turn, Duda said that he supports Ukrainian counterpart, noting that Poland expresses its categorical resistance is the startup of the pipeline.

“This is a project of a political nature, which substantially interferes with the energy security of our countries, and it is therefore impossible to accept it. We will act in this matter on all possible forums. And I am very grateful to the President because he joined the protest against, in my opinion, harmful for the EU project,” said Duda.

Meanwhile, the authorities of the Russian Federation repeatedly paid attention that the new pipeline will increase the EU’s energy security, increasing power supply and gas to Europe under the Baltic sea and reducing the risks of transit countries. The project “Northern stream-2” involves the construction of two pipelines with a total capacity of 55 billion cubic meters of gas per year from the coast of the Russian Federation through the Baltic sea to Germany. Gazprom will own 50%, BASF, E. ON, Engie, OMV, Shell — 10% in the project. The new pipeline is planned to be built close to the “Nord stream-1”.