The meeting will be held in the Kenyan capital Nairobi. The conference will review the activities of producers, regional trade agreements and will hold bilateral talks behind closed doors. 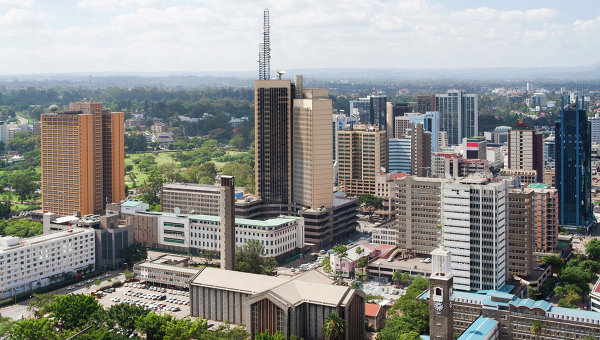 NAIROBI, 15 Dec. The participants of the Ministerial conference of the world trade organization (WTO) will gather in the Kenyan capital Nairobi, to once again speak on the subject of the future of global trade — whether to continue the never ending Doha round, to complicate or to make life easier for the farmers to take control of the fledgling regional trade agreements, as well as to hold bilateral talks behind closed doors.

2015 will mark 20 years since the formation of the WTO in Nairobi from 15 to 18 December will be the tenth Ministerial conference. This is the first conference to be held on the African continent. The Russian delegation in Nairobi is headed by the Minister of economic development Alexei Ulyukayev.

The Ministerial conference is the Supreme body of the WTO, which has the exclusive right of making binding decisions for the member States, meets every two years and Ministers can be adopted normative legal acts.

According to the regulations of the conference must be completed by 18 December at noon, however, it was not always observed. For example, the participants of the ninth Ministerial conference in Bali two years ago have such a hot discussion about the future of the Doha round, which finished only on the morning next after the scheduled end of the conference day. The Ministers then used the method “stop the clock” when negotiators continue to work until the bitter end.

The Doha round of negotiations, member countries of the WTO that began in 2001 in Qatar, is seeking to resolve trade conflicts between countries with different levels of economic development.

The agenda of Ministers of the 160 participating countries of the WTO, which cover 98% of global trade, will include a special meeting of Ministers to discuss the Nairobi package, as well as holding bilateral meetings to discuss not only trade-related issues.

“The program of the Russian Minister will be formed in the same way — not only the activities of the WTO, but about ten scheduled meetings with our trading partners. In particular, on 17 December confirmed the meeting with the EU Commissioner for trade Cecilia malmström”, — told reporters Director of the Department of trade negotiations Ministry of economic development Maxim Medvedkov.

To be or not to be the Doha round

Preparatory work for the meeting in Nairobi began two years ago in Bali, the Ministers agreed to use these two years to make substantial progress and to complete the Doha round of negotiations, which includes about 20 courses, the main ones are the negotiations on market access for goods and services, improvement of trade rules.

“These plans were not destined to come true, for most of the Doha mandate, they have not reached the final point and obviously will not reach this point and in Nairobi,” says Medvedkov.

In Nairobi, the Ministers will have to make key strategic decision is what to do with the negotiations of the Doha round in General.

In this matter the opinion of Ministers may be divided, said Medvedkov.

One part of countries, mainly advanced economies, I believe that the Doha round has run its course, time for 14 years the members of the WTO are unable to agree, then this process must stop, and instead of the mandate to start another, because during this time in world trade, facing fundamentally new challenges – for example, the issue of global value chains.

Another issue associated with regional trade agreements. “For many countries, it is obvious that the growing number of such agreements requires monitoring and a more serious intervention by the WTO that the organization continued to fulfil its primary function — the Supreme regulator of world trade, and therefore these regional agreements have to obey the rules of the WTO”, — said Medvedkov.

The second part of countries, including emerging economies, says otherwise — the Doha round must continue, and executed in full, no matter how long it will take, once the Ministers have taken it in even 2001.

According to Medvedkov, the main document that will be taken by Ministers following the meeting in Nairobi, will become the Declaration in three parts.

The first part will include an analysis of the work of the WTO in 20 years in this segment, the Ministers will likely agree with the core role of the club in global trade and will prescribe that the regional trade unions, such as established this year in the TRANS-Pacific partnership (TPP) have to obey her, says Medvedkov.

Under the second part of the Declaration of Ministers at the present time there are heated discussions. Talks at the expert level is completed only by certain elements such as intellectual property and rules in the field of electronic Commerce, and for the next two years to waive charging fees for so-called electronic transmissions, for example, for downloading paid mobile apps.

“Bullets is a big unit on agriculture. Reached agreement in principle on the prohibition of export subsidies in agriculture — the only disagreement is when this obligation will come into force in 2020 or 2026, there will be a big bargaining,” Medvedkov expects.

Another inconsistent element of this package — export credits APK — is a General concept of the issue is that for farmers to adopt such regulations, as industrial companies than in Russia EXIAR deals. Now there are no such rules.

The third part of the Declaration of the Ministerial conference will address the future of the WTO. “No one realizes that this part will be”, — said Medvedkov.

Many developing countries, primarily India, believe that the agricultural package may be adopted only if these countries will be entitled to special protective measures — that is, the increase of import duties above the assumed WTO obligations, if the imported agricultural products are harmful to their farmers.

In the agenda of the meeting in Nairobi have a suggestion on rules regional trade agreements, they are to create within the WTO a permanent mechanism transparency of such unions and to strengthen the role of the special Committee of the WTO on the subject of the analysis of such agreements with WTO rules. For example, the TTP must undergo all procedures for compliance with the rules of the world trade organization.

Forthcoming in Africa meeting, according to Medvedkov, promises to be hot. “Negotiating the main trigger will be the issue on the abolition of export subsidies in agriculture, but throughout the agenda there are many political nuances. So far the only thing we can say — we see no possibility to stop the WTO and as an instrument of regulation and as a mechanism for resolving trade disputes”, he concluded.