According to the presidential envoy to the far Eastern Federal district, “Rosmorport” believes that someone needs to prove to him that I need port upgrade. The reconstruction of berths in the framework of realization of the TORUS provides about 2.9 billion rubles. 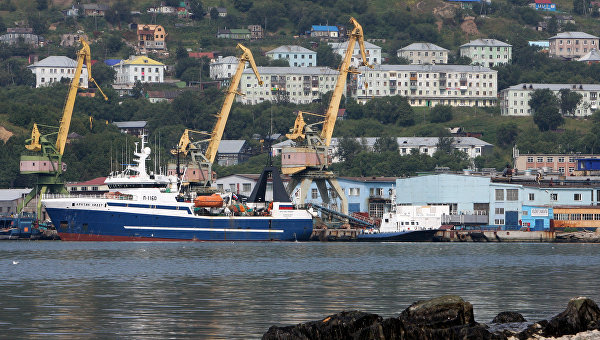 VLADIVOSTOK, 15 Dec. The Plenipotentiary of the RF President in the far Eastern Federal district Yuri Trutnev criticized the “Rosmorport” on the reconstruction of the berths of the port of Petropavlovsk-Kamchatsky, under the TOR have to accept large cruise ships, according to the government of Kamchatka.

During the meeting concerning realization of the project TOR “Kamchatka” was discussed the planned reconstruction of two berths of the main port of Kamchatka, located in hazledene the FSUE “Rosmorport”. For the reconstruction of berths “Rosmorport” in the framework of implementation of TOR in the development Corporation has earmarked 2.9 billion. It is planned that in the framework of the project TOR the piers will be reconstructed and receive large cruise liners.

“We have not very good chances, connected, probably, with the odd upbringing of some of our officials who, in fact, do not understand why they work — they feel so good. These officials will look at the forces we have on this just enough. Today was announced the amazing position of Rosmorport, who believes that someone has to prove to him that it is necessary to modernize the port,” said the Plenipotentiary of the RF President in the far Eastern Federal district Yuri Trutnev, commenting on the outcome of the meeting.

According to the regional government, the question of the necessity of reconstruction of berths No. 1 and 2, used for unloading coal in the port of Petropavlovsk, was considered several years ago. According to the program of development of transport system of the Russian Federation for the repair of berthing facilities have been allocated funds from the Federal budget, which to date have not been mastered.

“Sea transport was used to transport the vast quantity of goods, and not “playing” in this market, we just really lose much. We have a huge Maritime territory, we are obliged to make it. Today among others was declared a project for the construction of bunkering facilities. For us it is of strategic importance. Besides the fact that it is a business project is good and important, it helps to solve the national task of developing the Northern sea route”, — said Trutnev.

During the meeting it was also announced that four berths of the FSUE “national fisheries resources”, located in the port of Petropavlovsk will be transferred to the Kamchatka Krai. It is expected that the disposal of the Federal property management Agency will be signed in early 2016 after the necessary survey of the port facilities.