Possible decision by the fed to raise rates, as suggested by the ex-Minister of Finance Alexey Kudrin, will be a negative factor for Russia, as it will trigger further capital outflows from emerging markets. 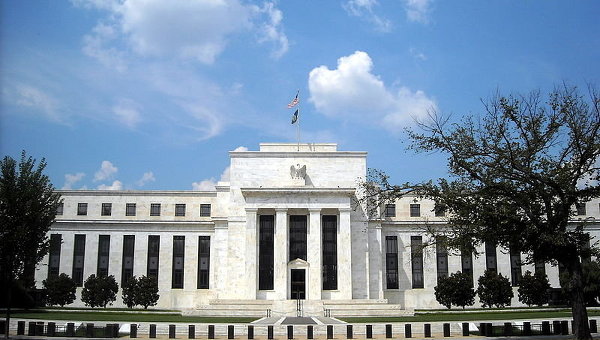 WASHINGTON, 16 Dec –, Ekaterina Sobol. The Federal reserve system (FRS) the USA at the meeting of the Federal open market Committee on Wednesday will be limited to “alarm” the increase in the base rate by 0.25 percentage points, while the traditional increase implies a change of 1 percentage point, this is the opinion of all American financial experts interviewed.

However, in making predictions about how this increase will affect the economy of the United States and the world, analysts are divided into two opposing camps.

Announcement of results of the fed meeting on rate hike expected on Wednesday, the last time the regulator raised the base rate 29 June 2006. In 2007-2008 he was gradually reduced until, until it reached the lowest level of 0-0. 25% in December 2008. Low interest rate, according to the expectation of the fed was to stimulate the production, to send money to the real sector of the economy and help the U.S. recover from the crisis.

The starting point to begin the process of raising rates would be the targets in the economy. The Deputy head of the fed’s Stanley Fischer noted that in this case speech can go about increasing to 3.25-4% for 3-4 years. At all the meetings of the fed, since June, warned that the process could begin in 2015 if the economy improves.

Strong statistical indicators published in the fall of 2015, spoke for themselves: the U.S. unemployment rate in November remained at the level of 5%, the lowest in 7 years, the debt to GDP ratio has declined significantly, and the budget deficit.

However, one of the most important indicators — 2% inflation to achieve and failed (that’s the lowest annual inflation, only 0.25% is the main argument of the opponents of the rate increase). According to the forecasts of the fed, two percent inflation is achievable only in the medium term. But more on this indicator is affected not by the state of the U.S. economy, and the external factor is the decline in oil prices. This, in turn, is reflected in the strengthening of the dollar and the cost of inputs in production. It is quite natural that the situation on the oil market seriously constrains inflationary processes in the country.

That rate will be increased, it finally became clear after the fed chief Janet Yellen in early December said: “Postpone the onset of policy normalization for too long means that we probably will be forced, eventually, to tighten this policy dramatically to keep the economy. This dramatic increase in risks to disturb financial markets, and perhaps even inadvertently push the economy into recession”.

The head of the fed expressed confidence that the U.S. economy will continue moderate growth that will be accompanied by falling unemployment and rising consumer prices to the target of 2%.

Thus, the intrigue that existed for many months, disappeared. All, even the most cautious analysts have agreed in opinion that the historical rate increase by the Fed will happen on the 16th of December. According to them, the fed will be limited at first with an increase of 0.25 percentage points to 0-25 – 0.5%, and further, depending on the economic situation, quarterly will continue its policy normalization up to the level of 3.5-4%.

The fed is going to compromise

According to the chief economist of UniCredit Bank AG Lubomyr Mitova, the fed has reasons not to go the traditional path of changing the rate to one percentage point. It may be too much to resonaari in emerging markets that are experiencing a serious capital outflow. This will affect the American economy, which in recent years has actively invested in the securities of fast-growing countries.

The General Director of analytical Agency Washington Smith’s Research & Gradings Terry Smith says that’s why “the coming fed decision — a compromise, in the US it is also called: split the baby.” According to him, everyone expects that the regulator will be limited to signal an increase of 0.25 percentage points. And Mitov added that the new increase until the spring will not “wait until March”.

Managing Director of investment company Siguler Guff drew guff said that the main intrigue still ahead. Most interesting, he said, will be after the appearance of the statistics for the first rate hike. The question is, will the fed continue to be flexible and to listen to the needs of the market or, despite everything, will continue to “bend the line” and quarterly to increase this to the required level.

Sold in the forecasts

On the question of what awaits the U.S. economy and what will be the statistics after the tightening of monetary policy, economists are divided. So, Smith predicts great turmoil because “everyone was expecting it and the market has time to prepare”. Agree with him and co-Director of the Washington Center for economic and policy research (CEPR) Dan Baker. He notes that raising rates a quarter of a point is actually undeniable. “They (the fed) has laid the groundwork for this for many months and it is very hard to imagine that this will not happen. I don’t expect there is a large reaction of the markets,” he concludes.

Professor of international Economics Brandesco University Alfonso Canelli although I am sure that rates will rise by 0.25 percentage points, said that the fed behaves as if “it’s fate”, not Economics. “This increase there’s no reason,” he concludes.

Director of the trade Institute of politics and Economics (EPI) Robert Scott also believes that the rate increase, the fed may put an end to all the recent conquests. “Prematurely tighten monetary policy, the fed runs the risk of stop recovery before all dismissed workers are re-hired,” he says. The regulator’s decision will lead to the strengthening of the dollar, then can hit the balance of payments (US exports become more uncompetitive), and therefore the budget deficit will increase again, he warns. In addition, he said, the fed has enough space to continue to keep interest rates low. Moreover, “expectations of price growth is still significantly below the target range of the fed”.

Russian economists also far from agreement on how the decision of the American regulator will affect the Russian market. That the change of the rate for Russia will be a negative factor, said in September the former Minister of Finance Alexey Kudrin. According to him, this decision will trigger further capital outflows from emerging markets. “The yield on the U.S. markets is growing, respectively, to invest in this sector will be higher than in emerging markets,” he concluded.

However, in December the head of the economic section of the Russian Embassy in the US Mikhail Kalugin stated that the serious upheavals in the stock market to expect hardly worth it. According to him, “it probably will affect the dollar position. May lead to a certain appreciation. However, I would like to draw your attention that the rate is expected to rise gradually”.

“Maybe this will have an impact on the Russian stock market. But the big problems I would not have predicted”, he concluded.