About his participation in two major projects, the company reported in the framework of the 19th session of the Russian-Chinese Commission for preparing regular meetings of heads of government, held on Wednesday in Beijing. 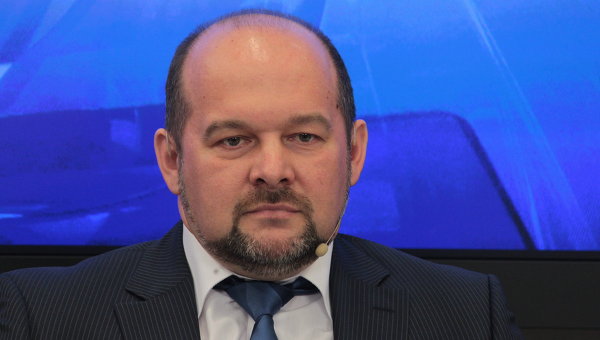 ARKHANGELSK, 16 Dec –. Chinese company Poly Technologies has confirmed its participation in the implementation of two projects — the construction of the railway “Belkomur” and a deep-water port in Arkhangelsk, said by phone from Governor of Arkhangelsk region Igor Orlov.

“About his participation in two major projects Poly Technologies announced within the framework of the 19th session of the Russian-Chinese Commission for preparing regular meetings of heads of government, held Thursday in Beijing under the chairmanship of Vice-Premier of the state Council of the PRC. In the near future it is planned to sign an intergovernmental Memorandum on the implementation of projects, given their concessional nature,” said Orlov, who took part in the meeting of the Commission.

The Governor noted that development of technological and financial models of projects with regard to the interests of the Chinese side, as well as preparation of the concession proposal and submit it in the prescribed manner to the government of the Russian Federation.

“The construction of a railway and a deepwater port in Arkhangelsk are of great interest for Chinese investors and for Russia as a whole. The interest of the Russian and Chinese parties in the project is that the creation of additional transport route will allow to close the Northern sea route through the ports of Arkhangelsk and Murmansk to ensure the transit of goods”, — said Orlov.

According to him, on the one hand it will accelerate the circulation of various kinds of cargo (container, General cargo) — the project complies with the strategy of “New silk road”. On the other hand, for Russia it will be a significant breakthrough in the development of the territories of the Arkhangelsk, Murmansk regions, Komi Republic and Perm region.
Orlov emphasized that the construction of a deepwater port in Arkhangelsk is a part of the project “Belkomur”, that is, between these two projects are closely interrelated. With the advent of deep-water port in Arkhangelsk, the city will become the largest logistics center of Northern part of Russia.

In addition, the Governor mentioned the possibility of participation of Chinese companies in industries such as timber processing, chemical industry, mining, energy. “According to our calculations, will create at least 40 new companies that will work on this highway. The number of jobs exceeds 28 thousand,” he said.