MOSCOW, December 16. Sanctions of Russia towards Turkey can be extended to the hotel business, timber processing, training pilots, and government contracts in any industry.

As writes on Wednesday the newspaper “Kommersant” with reference to sources, the relevant draft resolution prepared by the Ministry of economic development and forwarded to the government.

According to the publication, the draft has been developed pursuant to a basic “anti-Turkish” of the decree of President Vladimir Putin from November 28. Part of the decree the White house has already implemented the order dated November 30, introducing an immediate ban of imports from Turkey limited list of food, stopping part of the government programmes of cooperation and limiting the involvement of Turkish citizens in the Russian Federation. The second phase expanded and refined economic sanctions. The economy Ministry “Kommersant” said that the project continues, “developing questions” and refused to discuss the details.

“We are not going to cut myself no hands, no feet”

The new regulation introduces a list of “types of work (services) that are prohibited on the territory of the Russian Federation for organizations within the jurisdiction of Turkey”, notes “Kommersant”. We are talking about the import of construction services (group F NACE codes), travel services (NACE 79), services of hotels (NACE 55.1), as well as wood processing and the training of civilian personnel of airlines of the Russian Federation in Turkey. 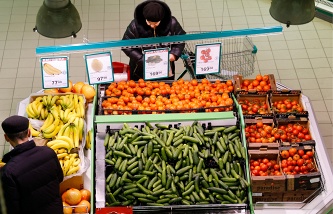 Thus the interlocutor of Kommersant drew attention to the fact that the restrictions will concern only new contracts (those concluded before 10 December, are still legal), and in the future a possible exception for already operating on the Russian market for Turkish companies, having in Russia the business: “We are not going to cut myself no hands, no feet, the sanctions are primarily designed to inflict minimum damage to the Russian economy”. 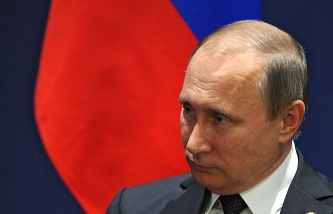 To monitor the application of new sanctions should the Federal financial monitoring service. In the Department informally say that have not seen even the draft decree, the newspaper added. “But on the basis of the accepted approach it can be assumed that the procedure of control over compliance with requirements of the standard will be, – says the source “b” in Rosfinmonitoring. – The Central Bank can make to the list of criteria of suspicious transactions with Turkish companies committed in the framework of agreements concluded after the date “H” and then the banks will have to inform Rosfinmonitoring about them.” While financial institutions obviously have to track the date of conclusion of the contract, which runs this operation and disclose it, for example, in the “additional criterion”, which Rosfinmonitoring will make a conclusion about the violation of the resolution or not.