UJANG, December 16. Prime Minister Dmitry Medvedev on Wednesday in the framework of the China tour will take part in the collective meeting of heads of governments of member States of the Shanghai cooperation organization (SCO), with President of China XI Jinping. Then Medvedev with Chinese leader will address the Second world conference on Internet governance. 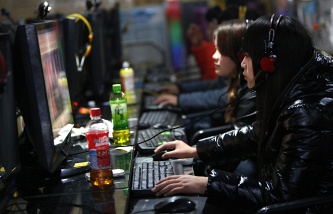 “The great firewall”: the nature of the Internet in China

The Prime Minister will hold meeting with heads of the Russian and Chinese IT companies. So, from the Chinese side in the meeting will be attended by the founder of one of the largest online retailers of Alibaba Jack MA, the founder of investment company Tencent Pony MA, President of ZTE Shi Lijun, Vice President of Huawei Peng Joon Yang, Chairman of the Board of Directors of Baidu Robin Li and the head SinaCorp. The Cao Guowei.

From the Russian side participation of head the Ministry of communications Nikolay Nikiforov, the Executive Director of the information technologies cluster of the SKOLKOVO Foundation Igor Bogachev, General Director of “Kaspersky Lab” Evgeny Kaspersky, General Director of Yota Devices Vladislav Martynov, the head of “mail of Russia” Dmitry Strashnov, CEO of an IT company Fibrum Ilya Flaks.

In the evening Medvedev will fly to Beijing, where he will meet with Chairman of the standing Committee of the national people’s Congress Zhang Detszyan, and will have dinner with the Premier of the State Council of China Li Keqiang. 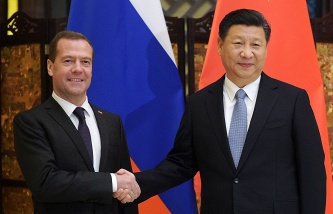 Medvedev: Russian-Chinese relations are at a high level

As reported in the government office, the conference organizer, also called Uchanski forum is government property administration Affairs online information PRC. The first conference was held in 2014. The forum participants will discuss issues related to the creation of Internet infrastructure, development of the digital economy, Internet governance and cybersecurity.

This year the conference will attract around 1500 visitors – about three times more than at the first forum. Among them – heads of state agencies, leading companies, international organizations and research institutes from around the world. It is expected that the forum will be attended by one of the inventors of TCP/IP Protocol, “father of the Internet” Robert Kahn, founder of Wikipedia Jimmy Wallace, founder of “Kaspersky Lab” Evgeny Kaspersky, the founder of Alibaba Group Jack MA, Baidu CEO Robin Li, Chairman of the Board of Directors linkedln’e Reid Hoffman and Yahoo founder Jerry Yang.