BEIJING, December 16. /Corr. Anton Marinin/. Russia is satisfied with the development of its relations with China, said Deputy Chairman of RF government Dmitry Rogozin at the meeting of the Commission for preparing regular meetings of heads of governments of the two countries. From the Chinese side the delegation was headed by Vice-Premier of the PRC state Council Wang Yang. 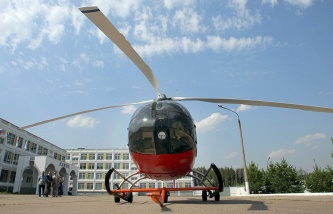 Rostec: the Russian Federation is considering the possibility of organizing production of Mi-34 in China

VCIOM: Russians consider that the “pivot to the East” will change life for the better

Medvedev arrived in China, where he will take part in session of Council of heads of government of the SCO countries

Medvedev: the year in media Russia and China are implementing more than one hundred projects

“I am again pleased to have our meeting with you, – said Rogozin. – We are pleased with how relations are developing with our strategic partner, friendly China”.

Russian Deputy Prime Minister noted that “the leading role in the implementation of the agreements of leaders of the States and the operative decision of questions of interaction is a mechanism of regular meetings of heads of government”. “Such an extensive system of intergovernmental contacts we have with any other country. I can tell you, and we welcome that,” added Rogozin.

According to him, tomorrow the Prime Minister of Russia Dmitry Medvedev, Premier of the state Council Li Keqiang will hold anniversary the 20th meeting of heads of governments of the two countries. “I am confident that our meeting today will be an important step to prepare the meeting of Prime Ministers”, – said Rogozin. 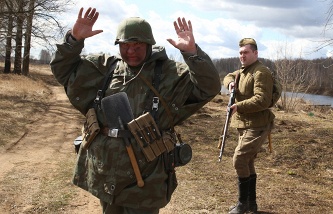 Rogozin also noted that Russia and China have a common understanding of the tragedy of the Second world war, and both countries will strongly resist attempts of revision of its results.

“It is highly symbolic for us that for the first time in may this year in a military parade in Moscow took part of the parade the calculation of China. In the year of the 70th anniversary of Victory, Russia and China have reaffirmed a common understanding of the inadmissibility of the neglect of the tragedy of the Second world war and the need to firmly oppose any attempts to revise its results and falsification of historical truth”, – he noted.

The meeting of intergovernmental commissions is a regular format for the preparation of meetings of heads of the Executive branches of power of Russia and China. Another meeting between the Chairman of the government of the Russian Federation Dmitry Medvedev and Premier of the state Council of China Li Keqiang will be held December 17 in Beijing.

The slowdown of the mutual trade between China and Russia is of a temporary nature, since both countries will be able to significantly increase the turnover, which by 2020 could reach $200 billion, said Deputy Chairman of the RF government.

“Despite the crisis in the global economy, the trade and economic cooperation between our countries develops. China remains the largest trading partner of Russia. Despite some subsidence of the Russian-Chinese trade turnover this year, I am confident that the crisis was of a purely temporary character, and eventually we will be able to perform assigned our leaders have an ambitious target to increase the turnover by 2020 to $200 billion For this we are ready to roll up our sleeves to work on the creation of new points of bilateral cooperation”, – he noted.

Earlier it was reported that in 2014 the trade turnover between Russia and China grew by 6.8% and amounted to $95,28 billion According to the General administration of customs of the PRC, the figure in January-September 2015 decreased by 29% to $50 billion.

“We give each other support on major issues of sovereignty, territorial integrity and security. We intend to display the relationship to an even higher level to ensure the vital interests of the two countries. This year is not slowing down and, most importantly, the productivity of our bilateral relations”, – said Rogozin.