MOSCOW, December 16. “Rosneft” is exploring the possibility of use of modern light aircraft with the localization of production in the framework of the program of own fleet, said in a statement the company with reference to the Chairman of the Board Igor Sechin. 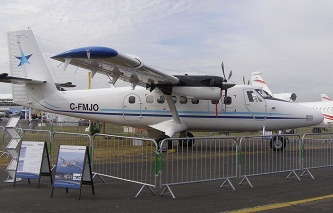 Rosneft and Viking Air signed a contract to supply 10 aircraft

In November, the staff of “the facility” suffered as a result of a hard landing of helicopter Mi-8 of airline “turuhan” in the area of Igarka. Sechin and Governor of Krasnoyarsk territory Viktor Tolokonsky on 15 December approved a specific plan for improving the safety of airline employees.

“We cannot allow such incidents occur in the future. The company will continue the intensive implementation of the program to replace aircraft contractors on a fleet of its own and has been studying the use of modern light aircraft with the localization of production. This task acquires particular importance due to the fact that Rosneft is expanding its production activities in remote regions, including on the continental shelf of the Russian Federation”, – said Sechin.

Also during the meeting they discussed issues related to the activities of “Rosneft” in the region, including the development of oil and gas projects of the company. In addition, Sechin held a production meeting with the Directors of the mining enterprises of “Rosneft”. The meeting discussed objectives of the company to improve production efficiency, the development of major oil and gas projects and private oilfield service, cost optimization and improvement of procurement procedures.

As previously reported, in August “Rosneft” and the canadian company Viking Air Limited signed a contract to supply 10 aircraft. Multipurpose passenger aircraft DHC-6 Series 400 Twin Otter of Viking Air Limited production suitable for operation from unprepared ground sites, widely used on local routes, on airfields with short runways, hydroaerodynamic and field conditions. It is assumed that the aircraft will be delivered between November 2015 and February 2017. The aircraft will be used in the Krasnoyarsk region, which will reduce the costs of transportation of shift personnel and cargo.

The parties discuss the localization of production aircraft Viking Air on the territory of Russia, including the establishment of centres for training of aviation personnel, service centers and service stations, creating the infrastructure to ensure full life-cycle operation of aircraft in Russia.