MOSCOW, December 16. Profit of Russian banks for the first 11 months dropped three times – up to 265 billion rubles, as against 781 billion roubles for the similar period of last year. Such information contains in materials of Bank of Russia. 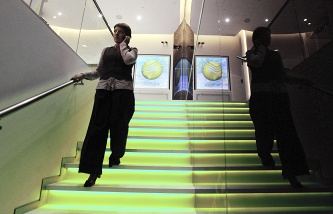 As previously reported by the head of the Central Bank Elvira Nabiullina, the profit of the Russian banking sector for the year can be more than triple the initial forecast of the regulator – 100 billion roubles. However, according to the head of Sberbank German Gref, banks today are experiencing a severe crisis.

The volume of overdue loans in corporate portfolio for November grew by 7.8%, retail was down 0.7%. Portfolio securities for November increased by 2.9%, while debt securities, which occupies 82% of the portfolio, grew by 3.4%.

Volume of population’s deposits increased in November by 1.4% to 21.5 trillion rubles. For eleven months of the current year the growth rate was 15.8 percent.