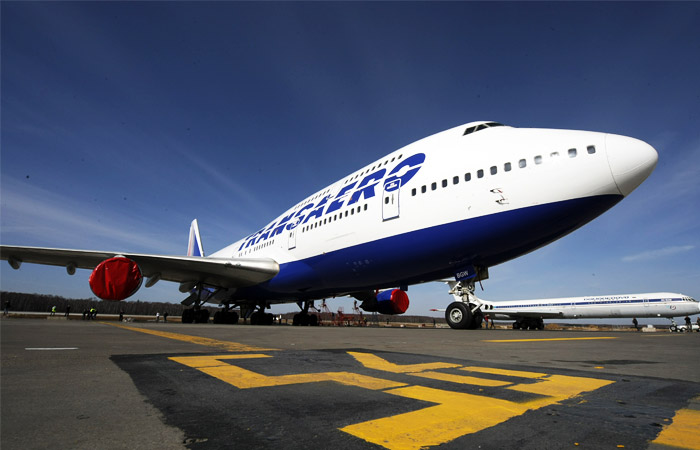 Moscow. December 16. The arbitration court of Petersburg and Leningrad region on Wednesday approved the application of the savings Bank of bankruptcy “Transaero” and has imposed on airlines the observation procedure, the correspondent reported from the courtroom.

“To admit the statement of the savings Bank on recognition of OJSC “Transaero airlines” bankrupt warranted, to validate the requirements of the savings Bank to “Transaero” in the amount of 442,473 million rubles, including the principal debt – 402,057 million rubles, penalty 40,405 million. To impose on Transaero airlines bankruptcy procedure (the observations). Requirements in the amount of 442,473 million rubles are to be included in the register of creditors ‘ claims,” the judge read out the operative part.

Claims about bankruptcy “Transaero” filed by the largest Russian banks (VTB, Sberbank and Alfa-Bank). Among other creditors of the airline are Absolut Bank, Moscow credit Bank, Novikombank, Moscow industrial Bank (the Ural Bank), the Bank “international financial club” (IFC), BFA Bank, MTS-Bank, as well as a number of leasing companies.

Banks-creditors of “Transaero” should at a discounted schedule to create reserves on the debt of the carrier of at least 10% of the debt. As told by two sources in the banks-creditors, preferential schedule of allowance for Transaero received from the CBR implies that by 1 January 2016 will have to reserve 10% of the carrier’s debt, April 1 – 20%, July 1 – 50%, to October 1 – 100%.

The Central Bank ordered banks to assess the financial position of the company as bad, given the existence of a Declaration of its bankruptcy. A provision should be established without consideration of collateral.

VTB and Sberbank previously stated that fully formed a provision for the debts of the airline. The Deputy Chairman of VTB Herbert Moos in November said that the Bank in the third quarter of created reserves for “Transaero” in the amount of 16.4 billion rubles. Excluding leasing “Transaero” VTB needs about 12 billion rubles, which is 90% secured by a state guarantee. Leasing is the duty of the carrier to VTB was previously estimated at 40 billion rubles, however, VTB did not disclose the exact amount of total debt.

Transaero has gained about 250 billion rubles of debt and excess fleet in September was in the verge of bankruptcy, forcing the state to look for options to save her. It was assumed that the control in the company will be sold to Aeroflot for 1 ruble, but shareholders “Transaero” were not able to consolidate the required stake.