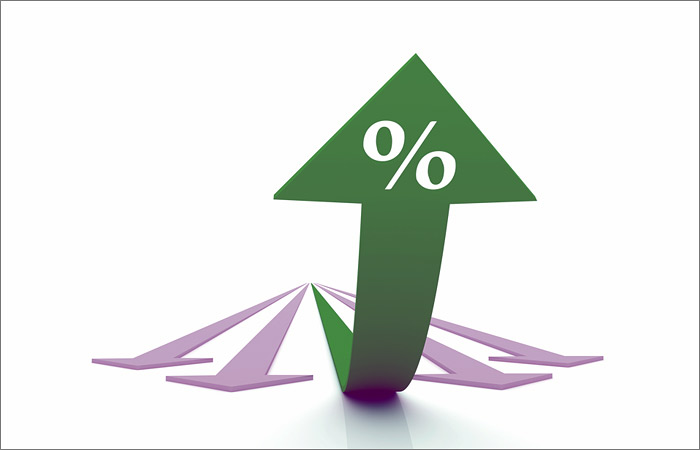 Moscow. December 16. The Federal reserve system (FRS) the USA following the meeting on December 15-16 raised the interest rate on Federal loan funds (federal funds rate) by 25 basis points to a target range of 0.25-0.50% per annum, said in a communique on the results of the December meeting of the Federal open market Committee (FOMC).

The decision was unanimous and in line with the expectations of economists and market participants.

Prior to this rate remained at a historically low level of 0-0. 25% in the past seven years, since December 2008.

Last Tuesday, Ben Bernanke, who was then head of the fed, said in an interview with MarketWatch that he never expected such a long preservation of the value of the loan at zero. According to him, the American economy is now strong enough to cope with the weakness of the global economy, and with rising interest rates.

Meanwhile, experts are trying to assess not only the consequences of the increase in the cost of lending by the Fed, but what will be the pace of further rate increases after the first rise.

“The market is undergoing tectonic shifts, given the situation in the credit market, with high-yield bonds, oil and the dollar,” said The Wall Street Journal managing Director Tom Carter JonesTrading.

Analysts expect the fall in stock markets observed in recent weeks, will end, because after the December fed meeting will be some certainty. The composite index of developing countries MSCI Emerging Markets lost since the end of October by 8%, the S&P 500 Is 2.8%, the Stoxx 600 is 6.9%.

Historically, the first rate increase by the fed after a long break brought about the fall of the US stock market of roughly 7%, but never broke the bullish trend fully. Six months after such step American shares usually cost on average 2.2% higher than before the beginning of the cycle of monetary policy tightening, according to data collected by Credit Suisse. The global stock market usually reacts to the tightening of the fed rate some decrease first and increase later.

“However, given the significant differences in this cycle is difficult to forecast the reaction of stock at the increasing of the rate,” say analysts at Citi.

Commodity markets usually react to the first rate increase by the fed easing, but in 5 of the last 6 cycles of the oil and gas and mining companies outpaced the overall market, write strategists at Morgan Stanley.

A number of analysts, including JPMorgan, Saxo Bank, Morgan Stanley, expect the weakening of the dollar after the fed’s transition to tighter monetary policy. However, the consensus continued to speak about the upcoming rise of the dollar against almost all world currencies, including the increase to parity with the Euro.

The worsening economic situation in the U.S. will have almost none of the experts, even though recent data has been mixed.

However, there are those who think that rush at this stage appropriate. The fed would be better to postpone raising interest rates, than to hurry with this step, says the former head of the Ministry of Finance of the USA Lawrence summers.

“In a world where mistakes are inevitable, much better to make easily fixable mistakes than the mistakes that is difficult to fix,” he said in an interview with Bloomberg.

“The decision to postpone the increase in interest rates entails risks are easy to mitigate the consequent increase of the rates, while the decision to raise rates, if it is incorrect, correct it will be much more difficult” – believes the ex-Minister.