In particular, the deputies supported the amendments introduce additional tax privileges for certain categories of citizens. In addition, for entrepreneurs in the sphere of household services to the population, applying the simplified system of taxation, set a zero tax rate. 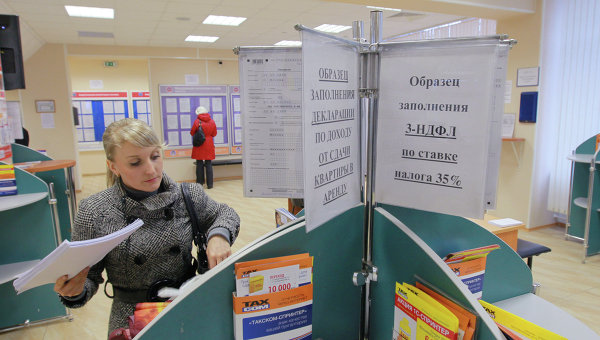 MOSCOW, 16 Dec. The state Duma adopted in the second reading a bill aimed at encouraging companies to innovation and the development of various support instruments and funding innovative projects.

From five years to one year reduces the period of ownership of physical and legal person shares and bonds of such organizations, and investment units traded on the organized market of securities, to recognize income from operations, not subject to personal income tax or taxed at a zero rate of income tax. These short stories will be distributed on the securities of high-tech (innovative) sector of the economy.

From VAT exempt transfer of ownership free of charge for educational and scientific nonprofit organizations to carry out statutory activities of state property not assigned to state enterprises and institutions forming the state Treasury of the Russian Federation, Treasury of Republic, Krai, oblast, Federal city, Autonomous oblast and Okrug.

A similar exemption will apply in respect of the transferred to such organizations municipal property not assigned to municipal enterprises and institutions constituting the municipal Treasury of the corresponding urban, rural settlement or other municipal formation. Such VAT exemption will apply to legal relations arising from 1 December 2015 and, therefore, be retroactive.

In the second reading the MPs supported the amendments introducing additional tax incentives for certain categories of citizens. Thus, the exemption applies to the income in the form of compensation received by the Crimean depositors in connection with the purchase by the depositor protection Fund, created by DIA, rights (claims) on deposits in Ukrainian banks, which ceased operations in Crimea and Sevastopol after their joining to Russia.

In certain cases the income of citizens in the form of an amount of debt on mortgage housing credit (loan) and material gain will not be subject to personal income tax.

First, in the restructuring of such a loan (loan) in accordance with the programs of assistance to certain categories of borrowers, approved by the RF government. Secondly, when providing compensation in the form of transfer in the ownership of credit organizations located on the territory of the Russian Federation, the property mortgaged by mortgage housing credit (loan).

Third, when the partial termination of the obligations under this loan (a loan) issued before 1 October 2014 in foreign currency lending organization located on the territory of the Russian Federation, the taxpayer is not interdependent with it.

Rules relating to tax exemptions for “food” and Crimean depositors, will apply to legal relations arising from 1 January 2014, i.e., and is given retroactive effect.

Will not be subject to personal income tax revenues in the form of amounts owed to creditors, the enforcement of claims for payments to which an individual is released as part of the applicable in the case of its bankruptcy procedures. A similar incentive is established in respect of the income of citizens from sale of property, be implemented in the event of bankruptcy.

Tax incentives will be given to the workers and prisoners of war during the great Patriotic war. Rendered to such persons at the expense of budgetary funds assistance (in cash and in kind), as well as gifts will not be subject to personal income tax. If such assistance is provided at the expense of foreign States exemption from taxation applies to the whole amount of aid, but if at the expense of other persons – for the sum to 10 thousand roubles for the tax period.

For entrepreneurs in the sphere of household services to the population, applying the simplified system of taxation, set a zero tax rate.