MOSCOW, December 16. “Transneft” has prepared the draft law “On trunk pipeline transport of oil and oil products” by analogy with the laws relating to the operation of the pipelines of Gazprom, electricity and roads, according to RBC with reference to the official representative of the Ministry of energy. It is anticipated that the project will be included in the plan of legislative work of the Ministry of energy in 2016 and will be coordinated with the Ministry of construction, Ministry of economic development and the Ministry of justice. Transneft expects that next year the law will be submitted to the State Duma. 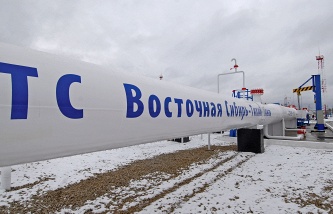 “Transneft” has not found defects in the second stage of ESPO

The representative “Transneft” Igor Demin said RBC that the company is not subject to legislative initiative. The Ministry develops the bill, but taking into account the wishes and proposals of the monopoly, he said.

The bill will be spelled out rights for the company to bear without court buildings, built in the protected zone of the pipelines, to receive unimpeded access to the pipes for repair, erection and to eliminate the effects of accidents, as well as the formula for determining rental payments for the use of land along the pipelines transporting oil or petroleum products.

According to the staff of the transport Committee of the state Duma, the state Duma already have the draft law “On trunk pipeline transport”. “He is in the Parliament since 1999 and is continually refined, but never was adopted,” he said. According to Dmitry Savelyev, first Deputy of the faction “United Russia”, the former head of Transneft, the new version of the bill in recent months, the Duma has not yet been reported, but the law itself, in his opinion, necessary because of the huge number of houses and shopping centers built in proximity to the pipelines.

Monopoly for six months conducts active work on promotion of the bill. In July of this year, the President of “Transneft” Nikolay Tokarev wrote to President Vladimir Putin the letter in which has warned about disaster risk in the zones of passage of pipelines because of the violation of the boundaries of their protected zones. “Transneft” insists on the adoption of the law “On trunk pipeline transport of oil and oil products” by analogy with the laws relating to the operation of the pipelines of Gazprom, electricity and roads.

In particular, the monopoly proposes to penalize those who obstruct the maintenance and repair of pipes and elimination of consequences of accidents. The company also requested the right without court to dismantle an illegal building in protected zones of pipelines in 25-125 m from the pipe depending on the pressure therein. On the document there is a resolution of meeting: to review and approve.