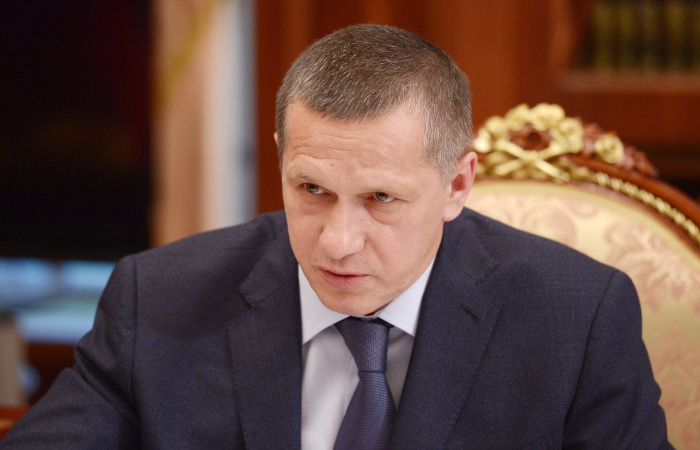 Moscow. December 16. The creation and development of free ports key harbours of the Far East can go to the heads of the regions, said Deputy Prime Minister – Plenipotentiary representative of RF President in the far Eastern Federal district Yuri Trutnev.

“There is only one mechanism: the territory – governors. If the governors will be able to take it with both hands as their priority, and we, debugging (free port) Vladivostok, will they have to help, the story can turn out good,” – said Trutnev in an interview with Rossiiskaya Gazeta published on Wednesday.

According to the Vice Premier, in any case, some systemic risk he sees.

“The risks can be only that one or two ports will be blocked, they will be longer to debug. (. . .) Importantly, the forward motion will still be” – he explained.

“Some ports will go faster – I governors in the far East at this time already well studied. There are people that definitely can work, and I think that they will cope with minimal assistance from our side. They can be put at the head of the Supervisory boards, and anything bad will not happen”, – said Trutnev.

Earlier Russian President Vladimir Putin proposed to extend the regime of free port at key ports in the Far East.

To increase the competitiveness of the Northern sea route, “intend to distribute a preferential regime of free port of Vladivostok on the key harbour of the Far East, what are we asked entrepreneurs,” said the President in his address to the Federal Assembly.

The law on the free port of Vladivostok came into force on 12 October. It provides a package of administrative and tax preferences for residents. Free port regime in force in the territory of 15 municipal formations of Primorye.

It is assumed that in a free port in the Far East will enter the free port of Kamchatka (Petropavlovsk-Kamchatskiy and the surrounding municipality), the free port of Khabarovsk (includes Vanino, Sovgavan, De-Kastri, Nikolaevsk-on-Amur), the free port of Sakhalin (Korsakov, Nevelsk and Kholmsky urban district and two sea port of Kholmsk and Korsakov) and free port Chukotka (Anadyr, Iultinsky, Providensky, Chaunsky municipal areas and 5 marine ports of Anadyr, Beringovsky, Pevek, Provideniya, Egvekinot).