MOSCOW, December 17. Began the deciphering of the black boxes of the downed over Syria su-24M. This is stated in the press service of the defense Ministry posted on the official website of the Department.

“December 18 at 10:00 Moscow in Interstate aviation Committee (Moscow, B. Ordynka, 22/2) will hold a media briefing representatives of the Russian defense Ministry in connection with the beginning of the procedure of reading and decoding information onboard means of objective control of the aircraft su-24M, which was shot down on 24 November 2015 in the sky Syrian air force fighter Turkey”, – stated in the message.

The statement of the President of the Russian Federation

Earlier in the day during a press conference the President of Russia Vladimir Putin has suggested that the incident with the Russian aircraft over the territory of Syria could be the result of someone from the Turkish leadership decided to “lick the Americans in one place”.

If someone in the Turkish government decided to lick the Americans in one place, I don’t know whether they did or not. First, I do not know whether it is American or not. Maybe there were agreements on some level, that we will avernum Russian plane, and you close your eyes, we go in, say, Iraq and occupies part of Iraq. I don’t know, maybe this exchange was, we don’t know

“With the current Turkish leadership, as shown, it is difficult for us to agree or almost impossible,” stated the President. “Even … when we say “Yes, we agree,” they to the side or in the back cause us a shot, and absolutely incomprehensible reasons,” stressed the President. 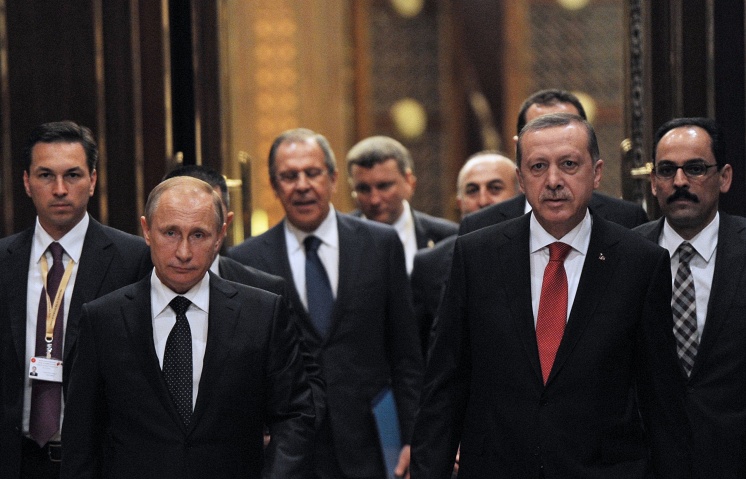