The study, conducted over three weeks in November-December, tested the quality of data services in 3G and LTE as well as voice services four Metropolitan operators – MTS, MegaFon, VimpelCom, Tele2. 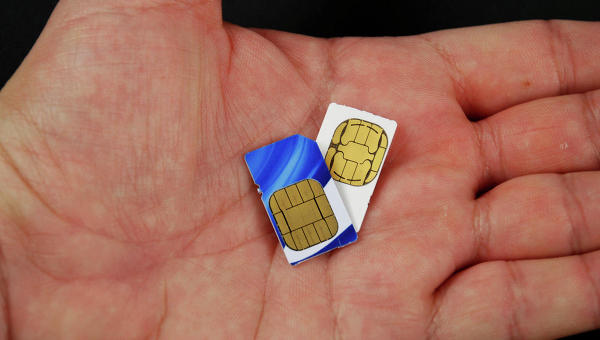 MOSCOW, Dec 14. Russian mobile operators during the year has improved the quality of their networks, fourth and third generation in Moscow, according to a study of the information-analytical Agency TelecomDaily.

“All the companies show good characteristics from the point of view of velocities. If two years ago, Moscow had lost to St. Petersburg by speed, now I can say that the speed that we got in Moscow on 3G/4G, are the best in Russia. Operators have done a tremendous job,” said the General Director TelecomDaily Denis Kuskov at a press conference.

The study, conducted over three weeks in November-December, tested the quality of data services in 3G and LTE as well as voice services four Metropolitan operators — MTS, MegaFon, VimpelCom, Tele2. During testing, the vehicle equipped with measuring complexes, has produced more than 1 thousand measurements for more than 1.5 thousand kilometers.

Operators were divided in assessing the results of the study: not everyone agrees with the outcome, and assessment methodology.

According to TelecomDaily, at an average data rate to the subscriber is in 4G networks in the first place was MTS, although compared with the previous year this figure dropped to 12.8 Mbit/s 13.3 Mbit/sec. Average speed of MegaFon is 11.8 Mbps (13.9 MB/s a year ago), “VimpelCom”, this figure increased to 11.4 Mbps from 10.6 Mbps. Average speed in 4G networks to the subscriber at Tele2, launched in the capital in late October, according to the test results was 11.5 Mbit/sec.

As noted by the representatives of the operators, today in their networks with approximately 14-15% of LTE devices, but they generate a significant share of Internet traffic.

So, in MTS network to less than 40% of Internet traffic is generated by users of LTE devices, but in the first half of 2016 the company expects that it will significantly exceed 3G traffic, said the head of Moscow region MTS Kirill Dmitriev. In “VimpelCom”, the figure is over 30%, and it has been growing, said the representative of the company Mr. Zelenkov. The share of 4G in the total volume of Internet traffic in “MegaFon” is 57%, said the head of the Moscow branch Alexei Semenov.

Best speed on 3G, according to the research shows Tele2.

Thus, the average data rate to subscriber in 3G Tele2 network is 7.2 Mbit/sec, the second place – “MegaFon”, which the average is 5.8 Mbps. MTS, according to the measurements, the average rate was 5.4 Mbps, VimpelCom — 3,6 Mbit/s.

The study also concerned the quality of voice services in the networks of mobile operators. Telecom Daily, analysts tested the quality of voice communication among the operators on several parameters — the number of established calls, the number of their locks, and breaks, as well as the time of establishing a connection between subscribers. Total was about 550 calls for each operator.

The results showed that the best voice quality – MegaFon, which has the minimum number of locks and breaks voice calls. Behind him by a very slim margin, bordering error, you should Tele2 providing the complete lack of locks, minimum and average dialing time subscribers. Followed by “VimpelCom” and MTS.

Mobile operators are divided in assessing the results of the study.

So, the press Secretary of MTS Dmitry Solodovnikov said that the analysis of the speed and quality of cellular communication on the basis of the detour roads are not applicable to the real consumption profile of subscribers, because more than 70% of the traffic generated by users in the premises.

“MTS is focused on the study of the service Speedtest, which give the real picture of the availability and speed of Internet connection”, he said. According to provided data the Speedtest service for the Moscow region, MTS download speed is 7.5 Mbit/s, Tele2 is 6.7 Mbps, VimpelCom – 5,4 Mbps, MegaFon — 4,7 Mbit/s.

The results of the research TelecomDaily also questioned the “VimpelCom,” said a company spokeswoman Anna Imasheva. “It is important to compare not only the performance of the velocity itself is speed without stability will not give the okay to use the communication services. Also, it is more correct to compare the characteristics of network operators with equal customer bases — meanwhile, the study involved the operator whose base is at times less than the majority of the Moscow networks”, — she noted.

“We routinely measure their own network quality — both your own and other operators — and the figures are very different,” added Imasheva.

In the “MegaFon” and Tele2, on the contrary, satisfied with the results of the study. “Increased attention to the quality of communication from the research agencies and the public is one of the incentives for the development of networks of mobile operators. “MegaFon” in Moscow is more focused on the opinions of their customers, because user is more important than just the total figures for the capital and the place where he usually, works, lives, rest”, — said the representative of “MegaFon”.

The representative of Tele2 Konstantin Prokshin said that the company disagreed with the results of the study. “The most important result we believe the first place in the average and maximum data transfer speed of 3G technology. This technology is still several years will remain the most popular and in demand technology of the mobile Internet. Mobile Internet will be the driver of revenue growth of mobile operators, and its quality is a priority for the majority of subscribers and to companies,” he said.