MOSCOW, December 17. Authorized foreign Ministry on issues of human rights, democracy and rule of law Konstantin Dolgov said that there is every reason to believe understated the UN made an estimate of the number of victims among the population of Donbass. 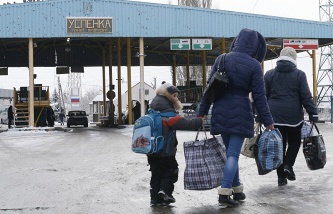 “According to the office of the UN high Commissioner for human rights, the total number of victims of the internal conflict in Ukraine among the civilian population from April 2014 to November 15, 2015 amounted to at least 9098 men killed, and almost 21 thousand wounded, he said, speaking at a meeting of the Committee of Public support residents of the South-East of Ukraine in the Federation Council. – There is every reason to believe that these figures do not reflect the reality of the situation and the number of civilian casualties is much higher.”

Dolgov added that the situation with human rights in Ukraine “remains extremely difficult, close to catastrophic”. “And it is necessary to make an important difference: the Donbas, the situation with human rights, the problems that exist in this area are a direct result of months conducted the punitive operation of Kiev, – continued the diplomat. – But the rest of the territory of Ukraine the situation with the failure of this country’s obligations in the area of human rights is a direct consequence of a deliberate policy of the Ukrainian authorities, which aims to ignoring relevant international obligations, to summarize legislative, administrative base, a sweep of the entire political and information space from any kind of dissent, from those who expressed an opinion, the slightest not agree with official point of view”.