MOSCOW, December 17. The President of Russia Vladimir Putin, speaking Thursday at a big press conference, did not rule out that in 2016 the government will privatize stakes in major state-owned companies. This is necessary in order to preserve the reserves. Among the companies that may be privatized, Rosneft and Aeroflot. Because of their publicity to privatize can be quickly, earning several hundred billion rubles and retaining state control over them. 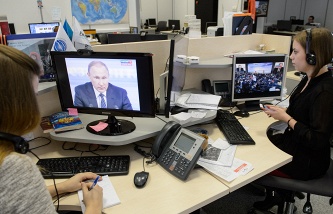 “I do not exclude that in order not to burn the reserves in order to provide income and to change the structure of these large companies, the government and go to these decisions (privatization – approx. ed.),” said President Putin, answering questions of journalists.

The Reserve Fund of the Russian Federation for January 2015 decreased by 7% to 3.93 trillion rubles As pointed out by the Finance Ministry, reducing the amount of the Fund was primarily due to the direction of 350 billion rubles to Finance the budget deficit.

According to the head of the state, privatization, two tasks are solved. “The first task is not associated with fiscal or revenue for the budget functions, although this is also important, but the most important change in the ownership structure with the purpose of increase of efficiency of functioning of the enterprise”, – Putin said, Recalling that in 2015 the Russian government has not taken decisions on privatization of large state-owned companies.

However, in his address to the Federal Assembly, Vladimir Putin is one of the major challenges identified conservation budget in 2016, with a deficit not exceeding 3% of GDP even if the revenues are less than expected. It is assumed that the sources of covering the budget deficit next year will be a Reserve Fund.

According to EDB’s chief economist Yaroslav Lisovolik, to Finance the budget deficit relying on a Reserve Fund to avoid rapid exhaustion of its resources. It is necessary to use other financing instruments, including privatization, the expert believes.

Candidates for privatization in 2016

Out of state companies which can be privatized, Putin called only “Rosneft” and “Aeroflot”. However, the list of companies can be improved. Recently the Minister of Finance of Russia Anton Siluanov suggested to “take inventory” and to seriously increase the amount of privatization in 2016 “It’s too serious out reserve. Now we have privatization is literally pennies…”, – spoke the Minister. 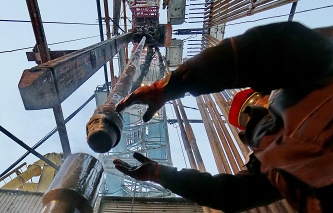 Oil prices, the budget and pension system: what Putin said about the Russian economy

Scheduled for 2016, according to the Agency, only the privatization of shares of “Sovcomflot” from the sale of which the state can save about 12 billion rubles, But the Ministry is ready to accelerate the privatization of “Rosneft”, “Aeroflot” and “RusHydro”, if you will be given appropriate instructions of the President. “There is a class of assets ready for privatization. It’s all public companies – “Rosneft”, “RusHydro” and “ALROSA”, “Aeroflot”. In fact, all those assets that are listed on the stock exchange”, – said in November the head of Rosimushchestvo Olga Dergunova.

According to the chief economist BCS financial group Vladimir Tikhomirov, Rosneft and Aeroflot is a public company, which may be easily and quickly withdrawn from privatization. “These companies already traded on the Russian market and we have international reporting. The sale of stakes in such companies are easier to make than to sell the company from scratch. It (sale of the company from scratch – approx. ed.) a much longer process and in terms of preparation, and in providing company to potential investors,” says Tikhomirov.

According to him, also talking about companies where the state is in the hands of the package is much higher than the control, and the sale of a certain percentage of the package the government will not lose control over it. “This is a fundamental difference, for example, from “Gazprom”, where the sale of any package may result in a loss of control over the company”, – said Tikhomirov.

At the present time the main shareholders of “Aeroflot” is the state represented by the Federal property management Agency – 51.17% of shares of “Aeroflot-Finance” – 5.6% of the shares, the Corporation “rosteh” – 3,55%. Company Rosneftegaz (which manages state assets of the Russian Federation in the field of oil and gas industry) owns more than 69.5 per cent of Rosneft shares.

The privatization of the

Speaking about possible privatisation of stakes in major state companies, Russian President Vladimir Putin noted that the question always arises, is now the market conditions, to sell valuable state property. “You never know the situation or not,” said the head of state.

The Federal property management Agency is ready to accelerate privatization, regardless of what prices will be in international markets, if you will be given appropriate instructions of the President, said in November Dergunova.

Economists find it difficult to assess how it may change market conditions in 2016. “due To the fact that with oil prices below 40 dollars a barrel the problem of financing the budget is put more sharply, and requirements relating to the conditions for privatization will likely becomes softer,” says chief economist of “Opening Capital” Darya Isakova. In her view, if next year oil prices turn around and leave on level of 60 dollars per barrel, the relevance of talking about a big privatization could weaken significantly.

However, the shares of Rosneft and Aeroflot reacted by raising to the statement of the President of the Russian Federation about the possible privatization of state-owned companies. So, actions “Rosneft” on the Moscow stock exchange today rose by 4.3% – the fastest rate since October to 260,95 rbl. of the Action “Aeroflot” following the results of today’s trading on the Moscow stock exchange rose 1.24% to 57.15 rubles per share.

In a press-service of the Federal property Agency did not comment on the plans for privatization of state-owned companies. In “Rosneft” and “Aeroflot” also has answered questions of the editors about their readiness for privatization.