The international monetary Fund on Wednesday officially confirmed that the debt of Ukraine to the Russian Federation is the official, and therefore under the rules of the IMF cannot be renegotiated on the same terms as the debt to private creditors. 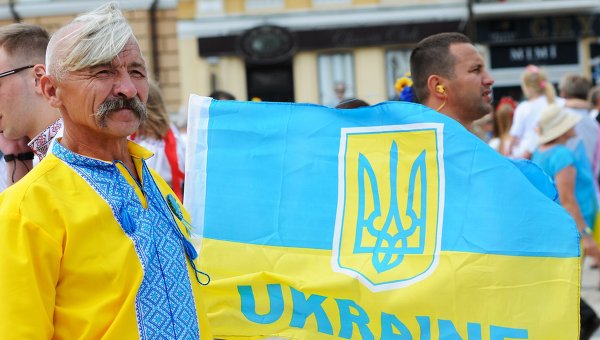 After the announcement by the IMF, the Russian debt to the Ministry of Finance of Ukraine has declared that cannot pay that debt, without violating the primary conditions of borrowing. The Ukrainian side said that taking into account the position of the IMF on the debt of Kiev and is ready to negotiate to achieve a mutual agreement with Russia on restructuring.

“I think before 20 December Ukraine will pay $ 3 billion and, in fact, it would mean sovereign default of the country, especially as the IMF has acknowledged that this debt is not private, but sovereign government debt. Two possible scenarios: either, as recommended by the IMF, Ukraine to restructure its debt to the Russian Federation, for example, in January-February and, moreover, the conditions offered by the Russian Federation is decent enough, or still going to sue,” said Stepanyuk.

“The prospects of winning the court in this case Ukraine is very small, if not zero, this court is simply deferring the implementation of the commitments, this delay can be two or three years, that is the courts, of course, will last a long time. Of course, default and litigation are badly affecting the country’s image, the reputation of the state, so most likely is a restructuring of either of those terms as proposed by Russia, or any other” — said the expert.

Stepaniuc believes that Ukraine is the issue of Russia’s debt is to the IMF.

“We cannot say that Ukraine can not pay the money, money in gold and foreign currency reserves, but paying this money, Ukraine will actually violate contractual obligations with the IMF. In fact, the government now shows its dependence, that is, while the IMF said negotiate, the Ukrainian side denied this information and said that they will not pay,” he explains.

“Now, when the IMF admitted that sovereign debt, once a branch of the IMF in the form of the Ministry of Finance of Ukraine said that Ukraine is ready to talk about restructuring,” — said the expert.

Russia has previously expressed a willingness to restructure the debt, allowing it to repay one billion in 2016-2018, subject to the provision of guarantees for it from the authorities of the United States or the EU, or one of the international financial institutions. However, as said on Wednesday the Minister of Finance of Russia Anton Siluanov, foreign partners refused to give such guarantees. After that the Russian President Vladimir Putin instructed the Cabinet to sue the Ukraine, if that will not repay the debt to Russia to $ 3 billion.

Ukraine on 13 November, completed the restructuring part of the debt, which affected securities previously purchased by commercial lenders, to $ 15 billion, of which $ 3 billion was written off. In early December, the IMF Executive Board lifted the ban on the continuation of the program of financing of the country if it defaulted on sovereign debt (indebted to the lender). Commenting on the decision, Siluanov called it hasty, biased, taken exclusively at the expense of Russia and to legalize the possibility of Kiev to pay its debt.