The Ukrainian authorities hope that the new IMF policies in respect of lending in the presence of arrears will allow the Fund to continue providing financial assistance to the country. 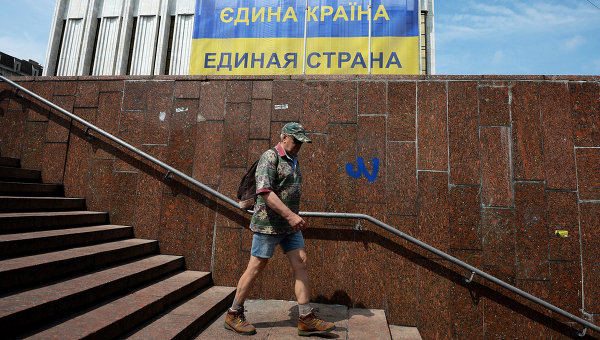 KYIV, 17 Dec. Ukraine expects to continue lending from the IMF, despite the recognition by the Fund of debt Kiev before Moscow official, said in a statement the Ministry of Finance of Ukraine on Thursday.

The maturity of the bonds for $ 3 billion Russia bought in late 2013, will expire on December 20. The IMF on Wednesday officially confirmed that the debt of Ukraine to the Russian Federation is the official, and therefore under the rules of the IMF cannot be renegotiated on the same terms as the debt to private creditors. Ukraine has previously included the bonds, purchased by Russia in the list of securities the holders of which are private creditors, and on which the decision of restructuring.

“The Ukrainian government expects the Fund’s policy regarding lending with the presence of arrears to official creditors will allow him to continue providing financial assistance to Ukraine by the IMF concerning the extended financing facility, despite the decision of Ukraine in respect of its Eurobonds, the maturity date of which occurs in December 2015”, — reads the statement of the Ministry of Finance.

Ukraine on 13 November, completed the restructuring part of the debt, which affected securities previously purchased by commercial lenders, to $ 15 billion, of which $ 3 billion was written off. In early December, the IMF Executive Board lifted the ban on the continuation of the program of financing of the country if it will prevent a default on sovereign debt (indebted to the lender).

The Ukrainian government interpreted this duty to the Russian Federation as commercial, as it was formed as a result of redemption of bonds to the Irish stock exchange. However, according to the IMF rules, the tool in this case is irrelevant. The status of the debt qualifies for the purchaser. Russia also indicates that Ukraine’s bonds have been purchased at non-market conditions (low interest rate).